After making their debut in the first season of DC Universe’s Titans, the Doom Patrol will return as the stars of their own standalone series on the streaming service. Now, DC Universe has unveiled a new poster featuring the entire team and it resembles the cover of Grant Morrison’s The Doom Patrol Omnibus. 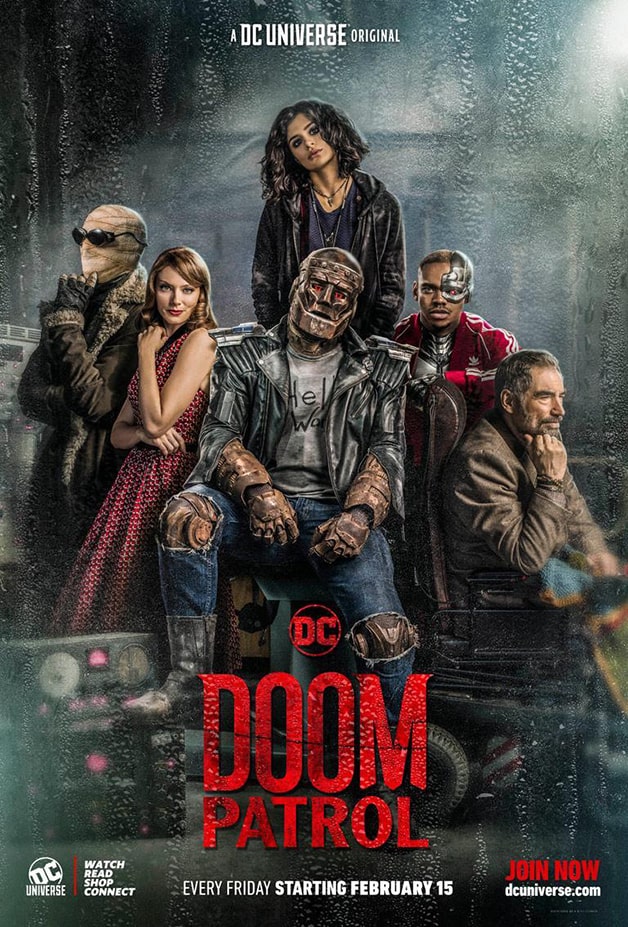 What do you think of the poster? Share your thoughts in the comments section below!

Doom Patrol will premiere on February 15, 2019, exclusively on DC Universe.