The first official photo Emily Blunt in A Quiet Place: Part II has been released.

After John Krasinki and Emily Blunt’s A Quiet Place proved to be a financial hit and garnered critical acclaim, a sequel moved forward with Blunt set to reprise her role as Evelyn Abbot. With A Quiet Place: Part II now roughly three months away from hitting theaters, the first teasers for the Emily Blunt film are reportedly screening in front of certain films.

Now, Total Film has released the first official photo of Emily Blunt’s Evelyn Abbot in A Quiet Place: Part II, offering fans their first glimpse at how the family has been faring in the post-apocalyptic world established in the original film. Also featured alongside Emily Blunt are Millicent Simmonds and Noah Jupe, who reprise their roles as the Abbott children from the first A Quiet Place.

Check out the first photo of Emily Blunt in A Quiet Place: Part II below! 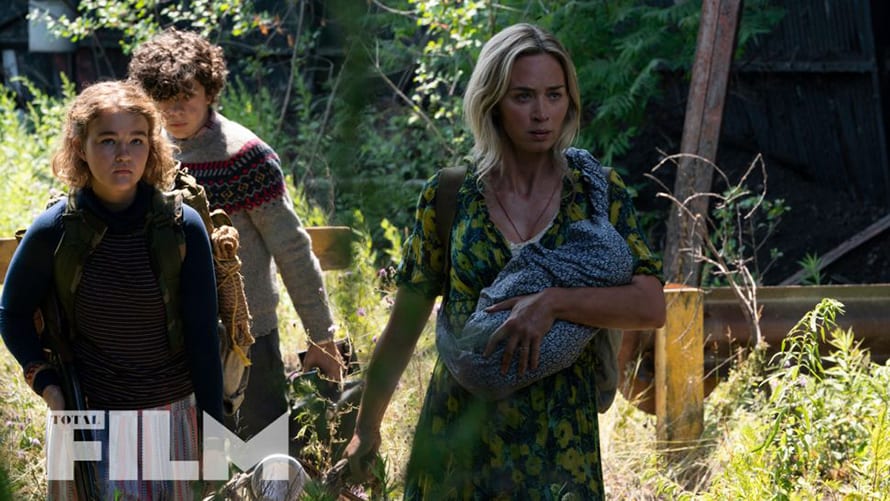 Are you excited to see Emily Blunt return in A Quiet Place: Part II? Let us know below!

A Quiet Place followed a family’s struggle to survive in a post-apocalyptic world inhabited by extraterrestrial creatures with an acute sense of hearing, which forced humans to remain silent in order to avoid becoming prey. The story concluded with Emily Blunt’s Evelyn Abbot preparing to take on the creatures as they invaded the home she took shelter in with her children and husband (who sacrificed himself to save his family) after discovering a way to defeat them.

A Quiet Place: Part II is scheduled to be released in theaters on March 20, 2020.