A new shot from Crisis On Infinite Earths shows Erica Durance and Tom Welling returning to Smallville during the Arrowverse crossover.

The new image from Entertainment Weekly shows Erica Durance’s Lois Lane and Tom Welling’s Clark Kent on the farm, although things look somewhat frosty between the pair. Perhaps it’s the impending crisis looming over the Arrowverse or just the realisation that they’re not the only Lois Lane and Clark Kent out in the multiverse. While Smallville fans are understandably excited to see the pair return to the screen, it’s important to remember that Tom Welling only shot one scene for the crossover. Take a look at the new shot of Erica Durance’s Lois Lane and Tom Welling’s Clark Kent in Crisis on Infinite Earths below. 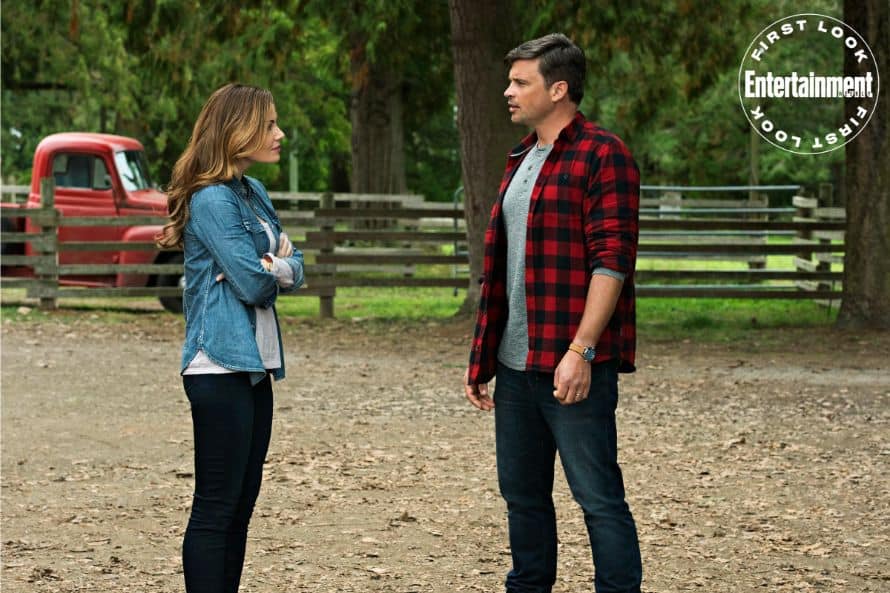 Are you looking forward to seeing Erica Durance’s Lois Lane and Tom Welling’s Superman return to Smallville? Do you think their world will get wiped out in Crisis on Infinite Earths? Let us know in the comments!

Crisis on Infinite Earths has been teased since the very first episode of The Flash, where a newspaper headline from the year 2024 revealed the Barry Allen’s fate was to disappear during a “crisis.” However, the fifth season finale of the Grant Gustin series accelerated this when the original newspaper headline changed the date of the event from 2024 to 2019. To add to this, the seventh season finale of Stephen Amell’s Arrow set up Oliver Queen’s role in the next crossover by having him join the Monitor on a mission to warn other worlds of the crisis, as part of the arrangement Oliver made in order to save the lives of both The Flash and Supergirl.

Be sure to continue following Heroic Hollywood for all the latest updates on Smallville and its involvement with Crisis On Infinite Earths.