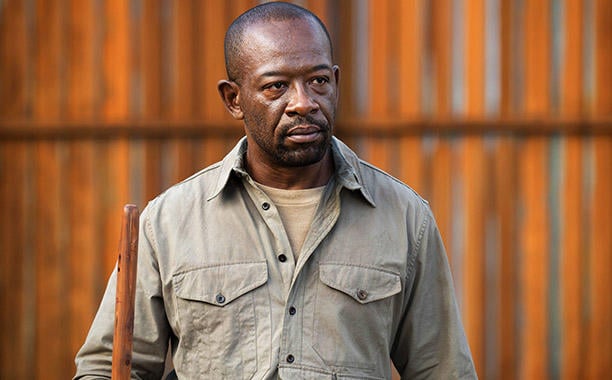 AMC’s Fear The Walking Dead is returning to the small screen early this summer and new set photos have been released giving us a look at the survivors in new, unmarked territory.

AMC’s Dead Universe continues to grow as Fear The Walking Dead is expected to make its return in June for the fifth season. New set photos have been released giving us an idea where our characters have gone since the end of last season.

You can view these new set photos for season 5 of Fear The Walking Dead by clicking here!

What did you think about these set photos for Fear The Walking Dead? Let us know in the comments below!

Here’s a synopsis for season 5 of Fear The Walking Dead:

Heading into season 5 of Fear the Walking Dead, the group’s mission is clear: locate survivors and help make what’s left of the world a slightly better place. With dogged determination, Morgan Jones leads the group with a philosophy rooted in benevolence, community and hope. Each character believes that helping others will allow them to make up for the wrongs of their pasts. But trust won’t be easily earned. Their mission of helping others will be put to the ultimate test when our group finds themselves in unchartered territory, one which will force them to face not just their pasts but also their fears. It is only through facing those fears that the group will discover an entirely new way to live, one that will leave them forever changed.

AMC’s Fear The Walking Dead is expected to make it’s returned to television June of this year.