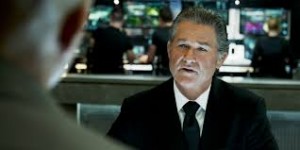 In a recent image released from Entertainment Earth (via ComicBookMovie.com), we’ve gotten a good look at Kurt Russell’s costume in Guardians of the Galaxy Vol. 2. In the promotional image of the action figures, Peter Quill (Chris Pratt) stands alongside his father, Ego. The figure shows Russell sporting a scarf and light brown jacket with logos on the side. You can check out the full figure below. 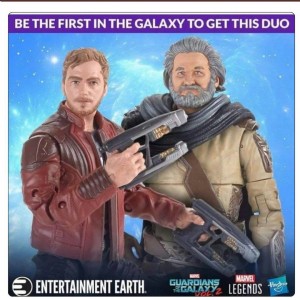 Previously, we saw the Funko POP of Ego, but this is the closest and most realistic depiction thus far. Figures of the duo were revealed last night at Toy Fair New York.

It hasn’t been confirmed yet if Kurt Rusell will appear as The Living Planet, but we can hope – seeing as James Gunn isn’t afraid to embrace the comic book’s sheer absurdity.

In other recent Guardians news, Dave Bautista spoke on how his character Drax isn’t a fan of Baby Groot. Chris Pratt also spoke on how the Infinity Stone from the first film will affect the sequel.