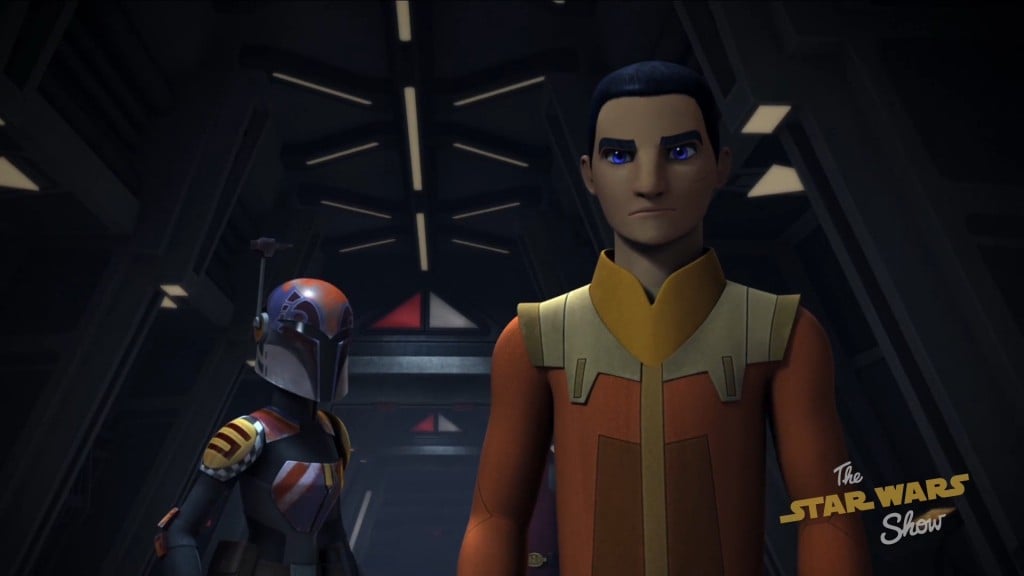 When last we left the heroes of Disney XD’s surprisingly excellent Star Wars Rebels, their futures were a bit uncertain. Events that transpired in the finale of Season Two promised to have world shaking consequences for the Ghost crew as they move forward with the formation of the nascent Rebel Alliance. While the wait for Season Three was sure to be agonizing, Star Wars Celebration stood as a ray of light on the horizon, where we would be certain to get a bit more information about the state of the galaxy for our intrepid spacefarers.

Today, just ahead of this weekend’s big convention, The Star Wars Show surprised us with our first clip of Season Three.

Okay, so we don’t really learn much more about the state of things from this clip, but there are a few things that are worth mentioning. First, and most obviously, Ezra is growing up. With this series taking place in (roughly) real time, Ezra is now two years older than he was in his initial Season One appearance, and those two years are now very visible. He’s noticeably taller, with slightly more refined features, and a decidedly more grown-up haircut (personally, I think it looks a little bit doofy, but maybe I just have to get used to it). He’s also gotten himself a new lightsaber to replace the one that was destroyed in the Season Two finale. This one appears to be more traditional in design, ditching the neat-o blaster/saber combo he once sported. As much as I was a big fan of the old design, it makes sense for a more mature Ezra to have a more traditional, refined saber, forcing him to move further away from his reliance on a blaster to the more sophisticated, civilized weapon of a Jedi Knight. He’s also sporting a green blade which traditionally (at least in the movies) has been the mark of more experienced Jedi.

The other thing we learn from this clip is that the galaxy’s most hated space pirate, Hondo Ohnaka is back. I guess we can’t win ’em all.

Aside from that, things are pretty vague, but I’m sure that’s by design. Series creator Dave Filoni likes to play things close to the vest, and I’m sure he doesn’t want to let his (loth)cats out of the bag before the big panel this weekend.

That panel, along with the rest of Star Wars Celebration will be streamed live online via the official Star Wars YouTube channel. Be sure to subscribe and stock up on coffee (if you’re watching from the states). It should be fun.