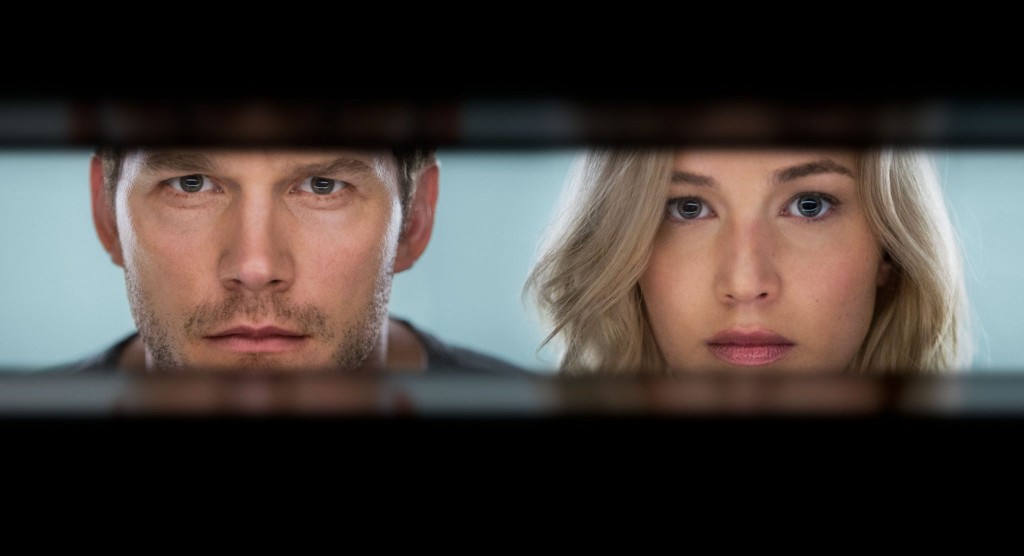 As we move from the Summer blockbuster season into the Fall we can expect many more dramas and movies that fall into the “Oscar” category. While films like La La Land and Birth of a Nation are garnering a lot of buzz at the various film festivals, it is possible that something like Passengers can bridge the divide between genre films and the highbrow Oscar crowd. Check out the first footage (however brief it may be) below:

Passengers has long been pitched as “Gravity with a love story,” and will star Jennifer Lawrence and Chris Pratt as two space travelers who wake up decades before they are supposed to. The screenplay for Passengers was included on the blacklist (an annual list of the highest profiled screenplays that are not produced) a few years back, and is written by screenwriter Jon Spaihts (The Darkest Hour, Prometheus). Spaihts is having a big year, in addition to Passengers (an original spec script), he will receive a story credit on Doctor Strange.

Directed by Morten Tyldum (The Imitation Game), Passengers looks to be a blockbuster (I mean, we’ve got two of the biggest stars co-leading the movie), but we can also expect the film to deliver when it comes to emotion and story. Though Pratt and Lawrence will take up a majority of the screentime, Michael Sheen and Laurence Fishburne will have some type of roles as well. Passengers will hit theaters on December 21, 2016 and the first trailer will be released tomorrow. Official synopsis below:

On a routine journey through space to a new home, two passengers, sleeping in suspended animation, are awakened 90 years too early when their ship malfunctions. As Jim (Chris Pratt) and Aurora (Jennifer Lawrence) face living the rest of their lives on board, with every luxury they could ever ask for, they begin to fall for each other, unable to deny their intense attraction… until they discover the ship is in grave danger. With the lives of 5000 sleeping passengers at stake, only Jim and Aurora can save them all.

What do you guys think? Are you excited for Passengers? Let us know in the comments below!

A fan of all things film. Josh's biggest fear is how he will explain the prequels to his future children.