Warner Bros. has finally given our first look at Brec Bassinger as Stargirl for the upcoming DC Universe series and, considering Geoff Johns is behind it, the character has a comic accurate look.

In the official image, Stargirl is sporting her traditional red, white and blue outfit, making Brec Bassinger look like a Captain America sidekick. She has her staff in her right hand with what appears to be outer space in the background. The image, however, does not give any context as to what Brec Bassinger might be doing. However, considering this is a Geoff Johns produced series, the look is strikingly accurate to the comics.

You can see the full image of Brec Bassinger in the upcoming Geoff Johns series below: 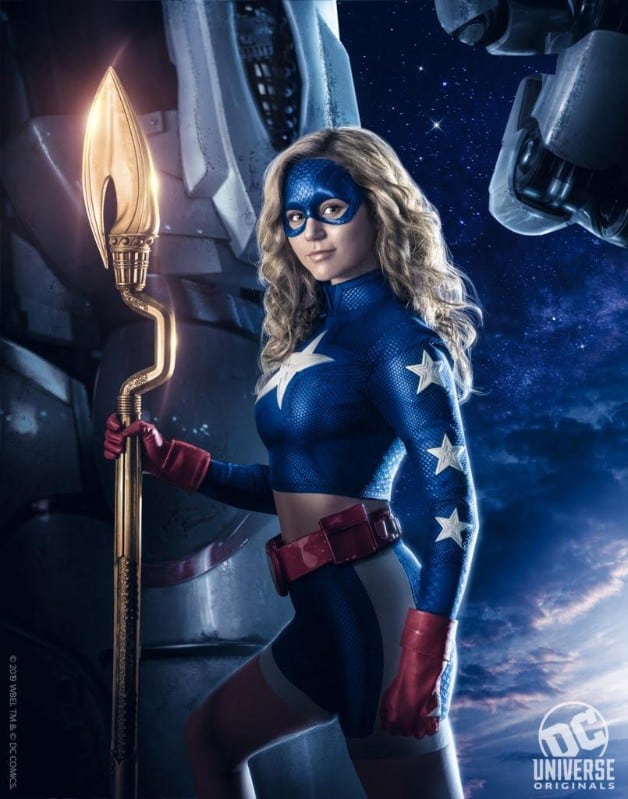 What do you all make of the first look at Brec Bassinger as Stargirl? Are you looking forward to the upcoming DC Universe series from Geoff Johns? What do you think of the DC Universe shows? Let us know what you think in the comments below!

Here is a plot synopsis for the upcoming DC Universe Geoff Johns series:

Stargirl is scheduled to debut on DC Universe in August 2019.