Last summer, Netflix dropped the smash hit series Stranger Things out of nowhere. Within a week, the series became a pop culture phenomenon leading the series to become one of my most popular and critically well-received series of all time. Netflix made a statement on Sunday night when they dropped the first teaser for the second season which they have branded as a movie sequel — Stranger Things 2.

But now Entertainment Weekly has released an exclusive first look at the second season, featuring the young stars including Finn Wolfhard, Millie Bobby Brown, Gaten Matarazzo, Caleb McLaughlin, and Noah Schnapp on the cover of their Fall TV Preview. The cover gives us a much better look at Eleven than the glimpse we were given in the teaser, revealing she won’t be sporting a buzz cut this time around but instead a perm.

When the first season was filmed last year outside of Atlanta, the cast and crew were very much isolated in their own world. In fact, they had no idea if what they were making was going to be any good or not. But now the cast and the creators face a very different challenge — which is “quieting the cultural noise that surrounds our show,” executive producer Shawn Levy told EW.

The bigger challenge both the Duffer brothers and Shawn Levy face is creating lightning in a bottle once again. The series has a massive amount of hype to live up to as they attempt to maintain the magical storytelling from season one. Season two has been teased as bigger, darker, and more expansive than the first season (which seems like an understatement now that we’ve seen the teaser), but Ross Duffer explained they are also keeping it familiar to the world and core group of characters audiences fell in love with in season one:

“It’s a balance of the comfort you’re familiar with but then trying to take it in new directions, That’s what we’re trying to strike with season 2.”

The next adventure picks up a year later during Halloween of 1984 with the town of Hawkins, Indiana set to deal with a much bigger threat than the Demogorgon from season one. The teaser revealed not only is Will still dealing with the consequences of his time spent in the upside down, but that world itself is now turning upside down with a giant War of the Worlds meets Stephen King’s The Mist like monster looming over Hawkins. 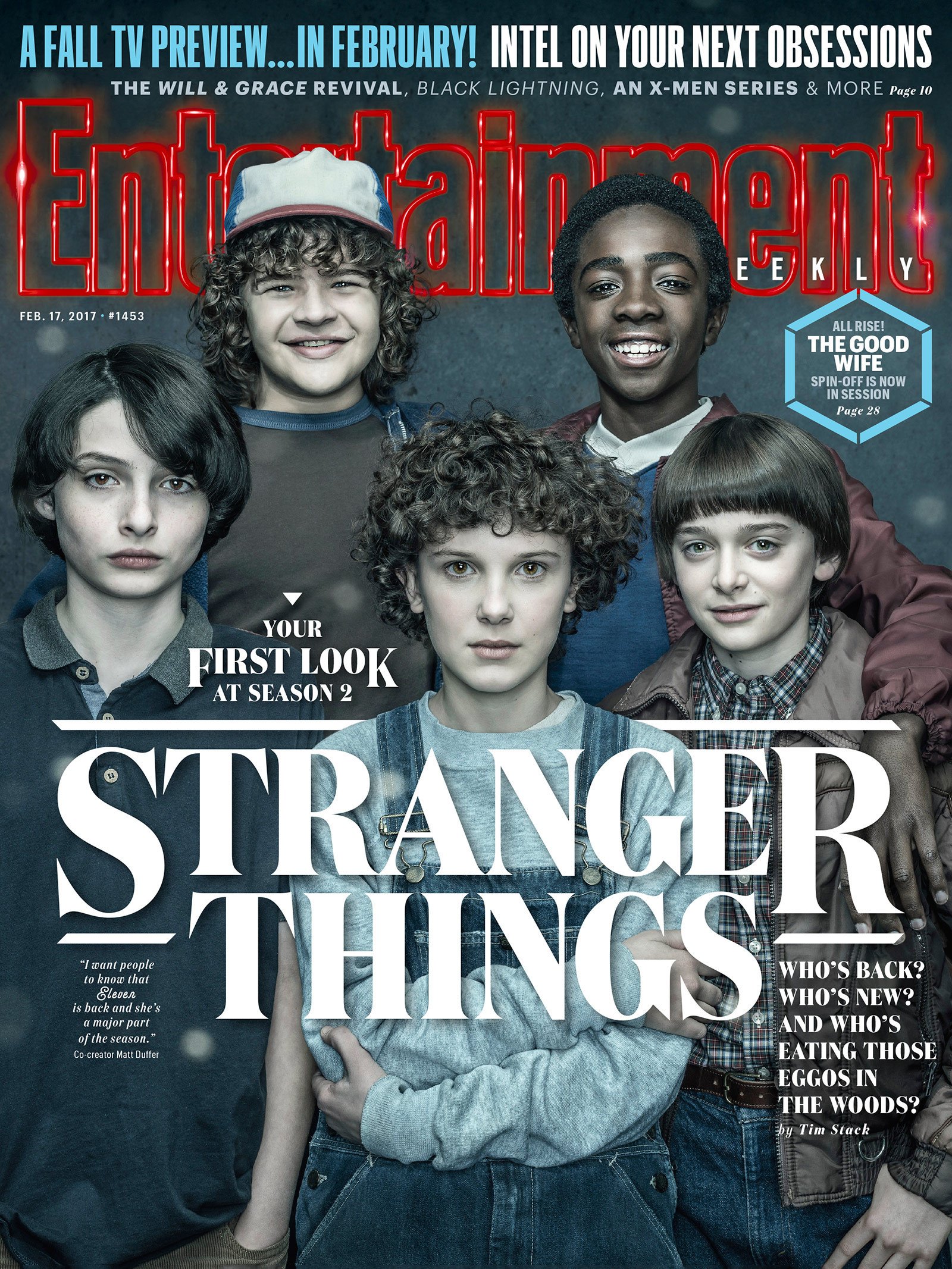 UPDATE: EW has also changed their banner on Facebook to another new photo of the kids. Just look at Eleven, she’s like a young Ripley!