Fox released the first official photo of Cameron Monaghan as the Joker in the series finale of Gotham.

Ever since Cameron Monaghan made his debut on Gotham as the sinister Jerome, fans suspected this twisted character would become a new incarnation of Batman’s arch-nemesis, the Joker. While Cameron Monaghan has since played characters who are remarkably similar to the Joker, he has yet to officially become the Clown of Prince Crime on the series. However, the series finale will jump ahead years into the future when Bruce Wayne has become Batman and Cameron Monaghan will finally face the David Mazouz’s Caped Crusader as the full-fledged Joker. Now, FOX has unveiled a new teaser for the Joker’s debut and the first official photo of Cameron Monaghan in full costume and makeup as the classic comic book villain.

You can check out the full photo of Cameron Monaghan as the Joker and the new teaser below! 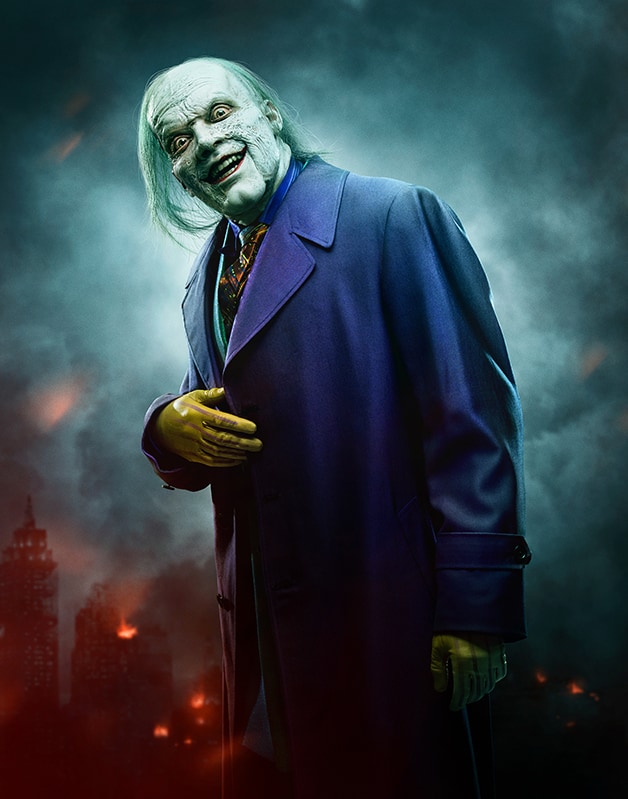 Are you excited to see Cameron Monaghan’s Joker take on David Mazouz’s Batman? What do you think of the Joker’s new look? How do you feel Cameron Monaghan take on the Joker so far? Share thoughts in the comments section below!

GORDON TURNS TO FORMER ENEMIES FOR HELP ON AN ALL-NEW “GOTHAM” THURSDAY, APRIL 18, ON FOX

As Bane (guest star Shane West) enacts his final plan for Gotham’s destruction, Gordon rallies his former enemies to save the city. Meanwhile, Nyssa al Ghul (guest star Jaime Murray) kidnaps Barbara’s newborn daughter, with ambitions to raise her as her own. Then, Bruce’s decision to leave Gotham points him to his destiny, while devastating Selina in the all-new “They Did What?” episode of GOTHAM airing Thursday, April 18 (8:00-9:00 PM ET/PT) on FOX.