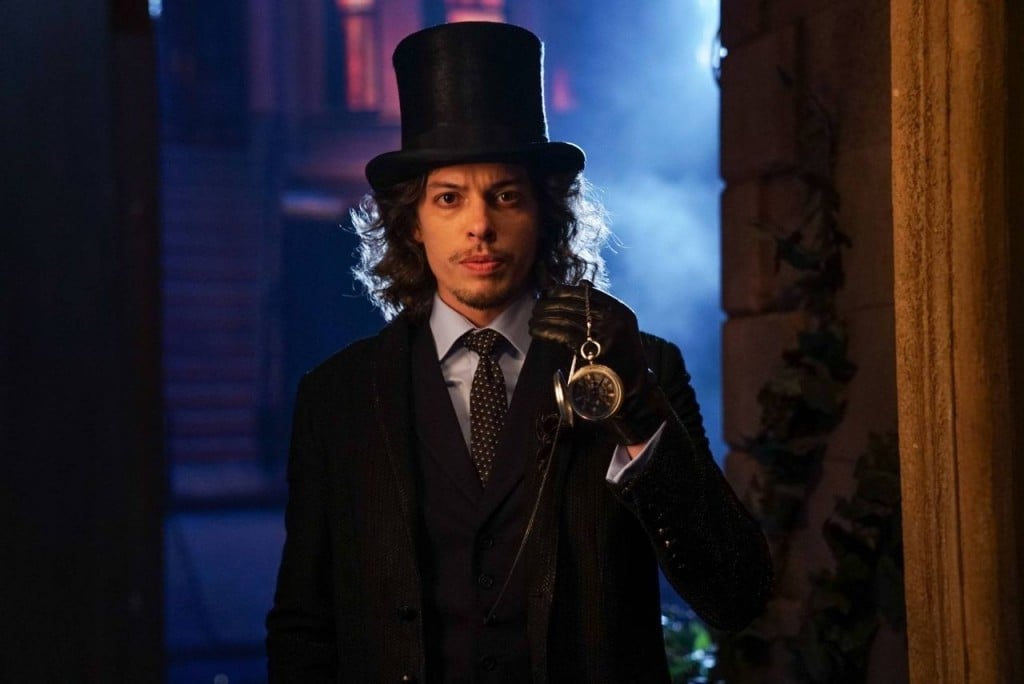 It’s a mad, mad world out there in Gotham City. Earlier this week, Mad Hatter made his debut in a preview for the upcoming Gotham episode, “Mad City: Look Into My Eyes”. We got our first look at the hypnotist, who’s teetering on the edge, and now the second clip below introduces us to his sister, Alice.

Fox has released three new clips. The first one is a tense interaction in Gotham’s hospital. There, Jim Gordon meets Leslie Thompkins’ fiance. Former love interests, the interaction is quite uncomfortable for Gordon, who still harbors feelings for Leslie. Before he leaves though, Gordon slips in an unveiled threat of pain to the fiance should any harm befall Leslie.

The second clip introduces Alice, who has some kind of power that doesn’t bode well for whoever touches her skin. In the clip, Alice has a confrontation with her landlord that turns ugly when he forcibly tries to kiss her. As soon as his lips touch hers, his throat starts to make gurgling sounds and his eyes roll back into his head.

In the third and final clip, Penguin disrupts a press conference headed by former mayor Aubrey James to announce that he, too, will be running for mayor and challenging James’ appointment to office.

Hypnotist Jervis Tetch/Mad Hatter (Benedict Samuel) arrives in Gotham to search for his sister, Alice (guest star Naian Gonzalez Norvind), and hires Gordon to help find her. Meanwhile, Penguin decides to run for mayor and Bruce’s doppelganger begins to channel him, causing some confusion around town.

Gotham’s third episode will air on Monday, October 3 at 8/7c on Fox.