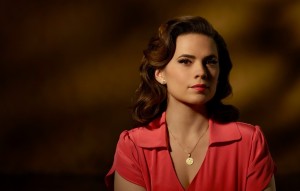 The past few months in the Marvel Cinematic Universe have not been kind to Hayley Atwell’s Peggy Carter. ABC cancelled Agent Carter after a much applauded but scarcely viewed two season run while Captain America: Civil War saw the character pass away. The characters death and the cancellation of her solo series has left many fans wondering if and how we would ever see Atwell return to the role. While Atwell could still make cameo appearances in other MCU films and show through flashbacks, as seen in Ant-Man last year, many fans have been clamoring for Agent Carter to return in a more prominent role.

Now, while promoting her new series for ABC titled Conviction, Atwell revealed in an interview with CBR that the network almost kept her on for another outing as Peggy Carter. Atwell explains how she would have balanced both roles:

I think they would have figured something out in terms of making a special, or waiting until we finish this season, and then we do something else with another network, perhaps. All I’m saying with that is, it’s still a much-loved show for the people involved in the making of it, and we know that the fans, it has a special place in their hearts. I would be very happy to go back to her if she became available.

While it may not have worked out and the future of Peggy Carter’s role in the Marvel Cinematic Universe remains uncertain, Atwell still holds out hope that the series and/or character could return in some form, even in a feature film of her own.

I would love it to be. I hound [Marvel Studios co-president Louis] D’Esposito on a regular basis, saying, “Give me a movie!” I think the great thing about Peggy is, we know from “[Captain America: The] Winter Soldier” that she lives a long life, so she can come back. I’m banking on, when I’m in my fifties, I’m like, “This is the time. Let’s see what Peggy’s up to in this decade.”

For the full interview and more on Atwell’s feeling towards her beloved character click the link below.