The star of the upcoming Hellboy remake, David Harbour, has stated that he didn’t want his performance to be anything like Ron Perlman’s take on the character.

‘Shazam!’ Director Fires Back At Shazam App For Trolling His Movie

The Hellboy reboot is on its way. It’s been over a decade since Hellboy 2: The Golden Army from Guillermo del Toro and it’s time for a new movie featuring the demonic hero. The first two Hellboy movies were loved by fans but a third one never saw the light of day. However, this new reboot is looking to be a great one with David Harbour as the titular character. The star of Netflix’s Stranger Things is ready to take on the role and the challenges that come with it. In an interview with Empire, David Harbour shared his thoughts on playing the role after Ron Perlman.

[Perlman] does something quite extraordinary in those films that is very specific to him, and I did not want to imitate that in any way. In our movie Hellboy’s younger. He’s rougher. He’s much more of a teenager. He’s really struggling with the idea of whether or not he’s a good person.

Empire has also released a brand new image from the reboot, giving fans a fresh look at Harbour as Hellboy. 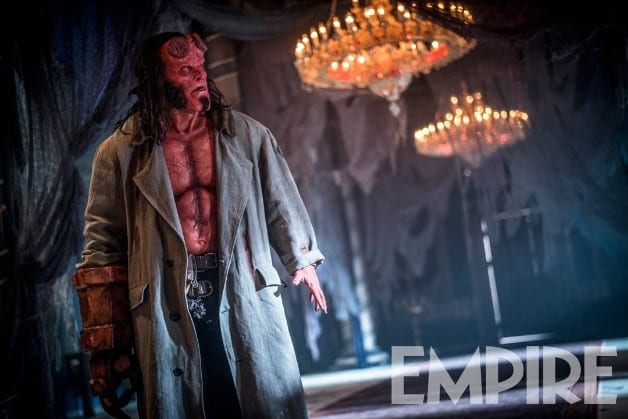 David Harbour definitely has some big shoes to fill and it will be interesting to see what he’s going to bring to the character. Audiences will always compare him and Ron Perlman, but Harbour’s determination to try and create something very different from Perlman surely is something to be excited about. Harbour did a fantastic job in Stranger Things and his commitment as an actor seeps through the characters he plays and audiences can definitely expect that in Hellboy.