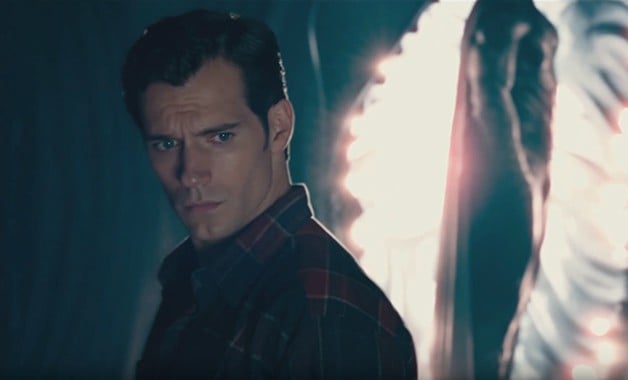 Henry Cavill dons his unused black Superman suit from Justice League in this new image that imagines what we could have gotten from the Man of Steel in DC’s 2017 team-up flick.

Justice League was originally set to feature Henry Cavill in The Death And Return Of Superman black suit after his death at the hands of Doomsday in Batman v Superman: Dawn of Justice. Although the film still featured Henry Cavill’s Superman returning from the dead, the final cut did not feature the black Superman suit. Leaving the black suit itself to be featured only in a deleted scene, though fans still hope to one day see Henry Cavill’s black Superman suit in Zack Snyder’s directors cut, which he recently confirmed does indeed exist.

Zack Snyder stepped down from directing Justice League after his daughter died by suicide, turning over directing duties to Joss Whedon, who was said to be directing additional photography as well as overseeing the post-production process in an effort to maintain Zack Snyder’s original vision. But the outcome resulted in what insiders described as a Frankenstein between the two directors.

The image below gives fans an idea of what they could have gotten from Zack Snyder’s version which would have seen Henry Cavill don his black Superman suit. Check it out by scrolling over in the post below!

Henry Cavill walked away from negotiations to reprise his role as Superman last year after the studio failed to reach an agreement with the actor that would have seen him return for a cameo, delivering two lines of dialogue in Shazam!.  The rumor that Henry Cavill’s version of Superman would appear but that we wouldn’t actually get to see Henry Cavill’s face turned out to be true. Warners managed to get away with this by simply keeping Superman’s head out of the frame of the two shots he was in.

Henry Cavill can be as Superman in Man of Steel, Batman v Superman: Dawn of Justice, and Justice League. The actor recently finished filming The Witcher series for Netflix but fans still hope for Henry Cavill’s return as Superman in the DC’s shared cinematic universe.

Shazam! is now playing, and will be followed by Birds of Prey (And The Fantabulous Emancipation of One Harley Quinn) on February 7, 2020, and Wonder Woman 1984 on June 5, 2020. A standalone Joker film set outside of the DC Films universe starring Joaquin Phoenix as the Clown Prince of Crime is also set to hit theaters October 4, 2019.

Stay tuned to Heroic Hollywood for the latest news on the future of the DC Films franchise and Henry Cavill as we learn it.