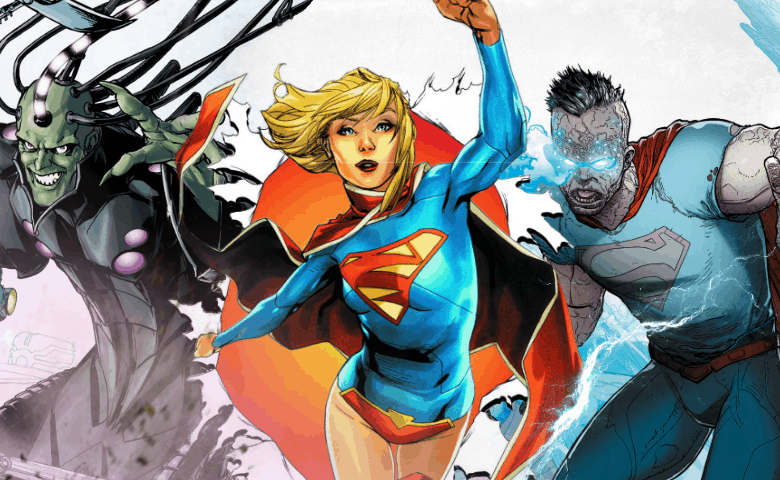 Yesterday, I reported that the Man Of Steel sequel isn’t on permanent hold, George Miller MAY still take a crack at it, the film will happen in the next few years, and Braniac will most likely be the villain.

Today, I actually have details. Due to the secretive nature surrounding the entire DCEU, the following is UNCONFIRMED hence the rumor status, however is within the realm of possibility. I found out what Brainiac is after. Remember in Man of Steel how Superman had the genetic codex of the entire Kryptonian race that General Zod was after? Well, it looks like Brainiac would be after the same thing. However, he is not trying to retrieve the codex from Superman. You see folks there was another Kryptonian survivor. KARA ZOR-EL Yes folks, SUPERGIRL!

In the prequel comic before the release of Man Of Steel, David Goyer scripted that Kara Zor-El was the most promising daughter of the House of El. The prequel comic told Kara’s story as she nears completion of her training. She intended to become a member of Krypton’s ‘Explorers Guild’; citizens tasked with searching the cosmos for suitable planets, and triggering terraforming projects to make them inhabitable to Kryptonians.

The idea has always been the sequel will introduce Supergirl and will focus on her as much as on Superman himself. In fact, this is what supposedly got George Miller’s attention in the first place. He is attracted to strong female protagonists as shown in Mad Max: Fury Road by its co-star Charlize Theron as Furiosa.

But wait there is more! Brainiac wants the codex from Kara and get this, from the bits of Kryptonian knowledge Brainiac does have creates Bizarro!

Yes, Brainiac creates Bizarro and sends the creature after Kara to retrieve the codex for him. Pretty cool right? This basic plotline is supposedly what Zack Snyder and David Goyer pitched to Warner Bros. brass after Man Of Steel was done as a sequel idea. Again, the preceding is unconfirmed however lots of fun. What do you guys think? Chime in below.