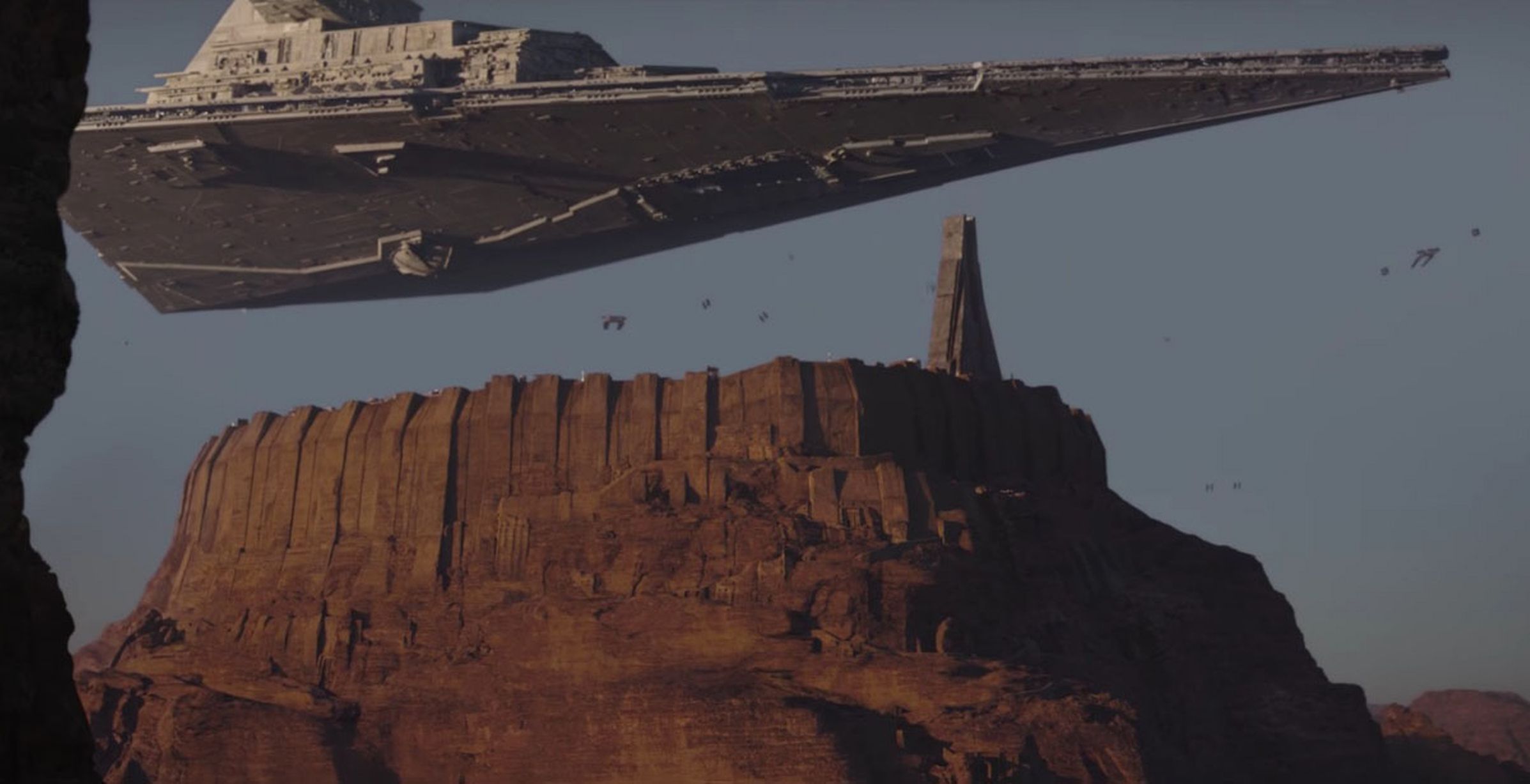 Industrial Light and Magic has released a reel which breaks down the Oscar-nominated visual effects in Rogue One: A Star Wars Story, the first ever spinoff in the Star Wars franchise. The reel itself takes you inside the incredible visual effects composed for the film showcasing the animation that went into crafting the holy city of Jedha and it’s destruction as well as the tropical world of Scarif — host of the Empire’s top-secret military research facility.

You can check out the breakdown below.

Oddly enough, the breakdown does not include anything related to the CGI resurrection of Peter Cushing as Grand Moff Tarkin which was the most painstaking visual effect in the film — taking nearly 2 years to complete. Although have seen a glimpse of the process behind bringing Tarkin back to life in the film. Hopefully, we’ll see even more behind the scenes goodies when Rogue One: A Star Wars Story is released on Blu-ray.

From Lucasfilm comes the first of the Star Wars standalone films, “Rogue One: A Star Wars Story,” an all-new epic adventure. In a time of conflict, a group of unlikely heroes band together on a mission to steal the plans to the Death Star, the Empire’s ultimate weapon of destruction. This key event in the Star Wars timeline brings together ordinary people who choose to do extraordinary things, and in doing so, become part of something greater than themselves. In theaters December 2016.

Rogue One: A Star Wars Story is rumored to be released on both Digital HD and Blu-ray in late March.