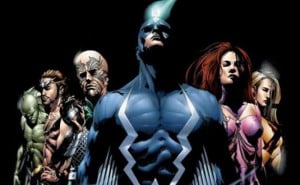 Marvel’s Inhumans, previously slated for release on July 12th2019, has officially been pulled off Disney’s release schedule. There has been no word yet on a potential new release date for the film.

This is the second move for the film. As part of their big reveal for Phase 3, Marvel announced in 2014 Inhumans would be coming out on November 2nd, 2018. The film was then pushed to July 12th, 2019 as a result of Spider-Man: Homecoming joining Marvel’s slate.

Kevin Feige recently spoke on rumours regarding the making of this film. He said the release date would likely be pushed due to the additions of Spider-Man: Homecoming, and Ant-Man and the Wasp, to Marvel’s slate. He also mentioned Steven Spielberg’s Indiana Jones 5 which is slated for release on July 19th, 2019, one week following Inhumans’ previous date. Considering this, I am not worried about the film’s fate. Marvel and Disney have a lot on their hands and likely don’t want to rush this project, or put it up against their own Indiana Jones sequel.

What do make of Disney removing Inhumans from their release schedule? Are you disappointed that you might have to wait longer to finally see this property take launch? Sound off in the comments below!