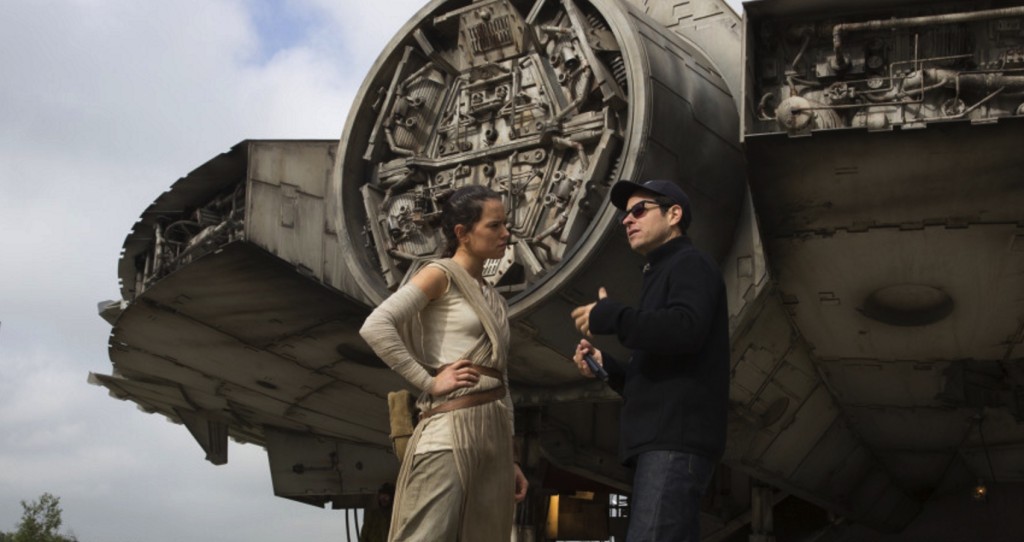 J.J. Abrams took an frightening incident on set of Star Wars: The Force Awakens and used it to created a better film. Harrison Ford (Han Solo) was injured on set when a door on the Millennium Falcon fell on Ford’s leg. The accident shattered his ankle and lead to headlines everywhere around the world, some thought this would delay the movie, force changes. Instead, this incident lead to the opposite.

Director J.J. Abrams and co-writer explained how this helped him to focus on the relationship between Finn and Rey during an interview at the Tribeca Film Festival.

“When I was on the set of the Millennium Falcon and we started to do work with Rey and Finn, the first time we did it, it didn’t work at all. It was much more contentious. I didn’t direct it right. It was set up all wrong, and when Harrison Ford got injured — which was a very scary day — we ended up having a few weeks off, and it was during that time that I really got to look at what we had done and rewrite quite a bit of that relationship. So when we came back to work again, we actually just reshot from the ground up, those scenes. It was an amazingly helpful thing to get these two characters to where they needed to be.”

Star Wars: The Force Awakens was incredibly successful at the box office around the world and received well by fans and critics but Abrams decided to not return for the following films in the trilogy.

Talking about his future involvement in Star Wars, now that he is no longer directing it, J.J. said:

“Rian Johnson is brilliant and needs no help from me. As executive producer, I’ve been collaborating with them, but they are obviously doing all of the heavy lifting and it’s very exciting to see what’s going on.”