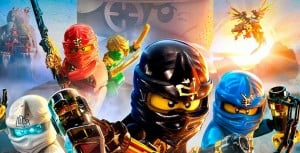 Details have been slim regarding next year’s Lego Ninjago Movie. The animated film, based on one of Lego’s most popular brands, was shortly announced after The Lego Movie‘s monster success in 2014, but it has bounced around and been kept mostly in the dark since then. For the most part, in fact, attention is solely directed towards The Lego Batman Movie, also set to come out next year, and The Lego Movie Sequel, which doesn’t even come out until February 2019. But that changes today, at least a little bit.

Thanks to the Lego fansite Brickset, we now know the film’s primary voice cast. And much like the original Lego film, it looks like a hell of a line-up. According to the site, Jackie Chan will lead the animated feature as Master Wu, the Ninjago leader. Meanwhile, Dave Franco, Fred Armisen, Michael Peña, Broad City‘s Abbi Jacobson and Silicon Valley‘s Zach Woods and Kumail Nanjiani will provide the voices for the six members of the Ninjago team. Franco’s Lloyd, Armisen’s Cole, Peña’s Kai, Jacobson’s Nya, Woods’ Zane and Ninjiani’s Jay. Together, they form a band of ninjas protecting their island home of Ninjago. By night, they’re awesome warriors. By day, however, they’re just like every other high schooler.

Additionally, while’s there is an ongoing Ninjago animated television series, titled Ninjago: Masters of Spinjitzu, on Cartoon Network, it looks like Lego Ninjago Movie is going to divorce itself entirely from the popular children series. None of the voice actors from that show are expected to appear in the new film at this current time. Although, two writers from that cartoon program, Dan and Kevin Hageman, had a hand in writing the screenplay. The characters will be the same, sure, but it’ll take place separate from what’s happening within that 2011 series. I suppose it’s similar to The Flash situation on The CW and within the DCU. Coincidentally or not, both fall under the Warner Bros.’ banner.

Of course, the kids will probably not care either way, but this is an exciting line-up of superstars and modern comedic heavyweights to bring to the team. In fact, the upcoming film will probably fall closer in line with a bonus feature on The Lego Movie Blu-Ray centered around Lloyd, which can be seen below.

Source: Brickset (via The AV Club)