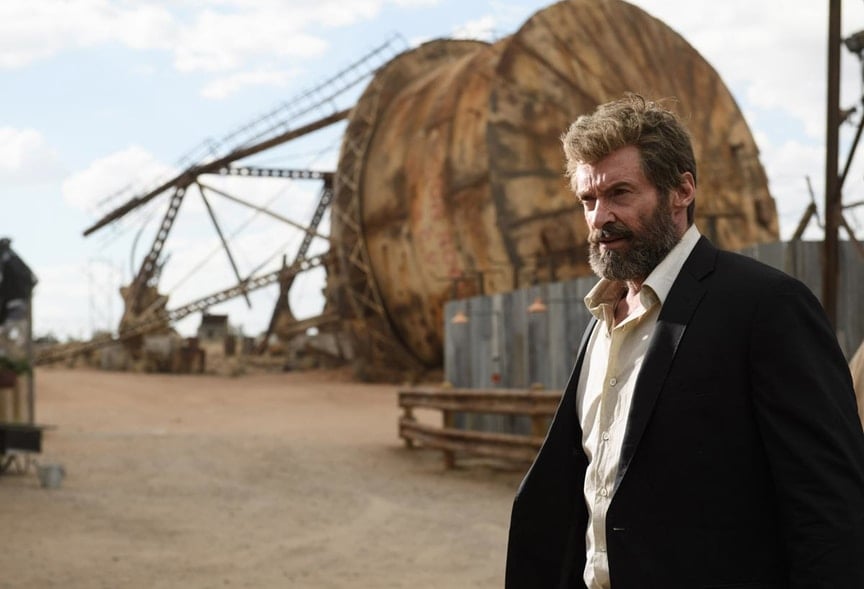 It’s just not fair that some people have already seen Logan. While many of us have not had the privilege to see the film, some viewed the movie at the Berlinale (Berlin Internationale Film Festival) on Friday. Those in attendance probably noticed some interesting parallels between Logan and the current political climate.

After the showing, Hugh Jackman and Patrick Stewart talked a little about the film and the accidental commentary on President Trump’s policies. Jackman assured the audience that the movie was mostly made before any controversy began.

“Before the whole debate about the wall, the border scenes were there in the film.”

With some detective work, it seems that Jackman is referring to an instance in the film where “Wolverine drives his limo along the Mexican border, where dudes shout ‘USA’ and would-be immigrants are cordoned off. A desperate band of refugees tries to make its way through the U.S. while evading corporate and government forces (IGN’s Review).”

Patrick Steward added to the discussion by admitting quite seriously that everyone is affected by the world around them, even if they do not know it.

“We are affected by the changing times. You present your part as a person influenced by the times. We did not set out to make a political movie, yet there are echoes in the film that exist today – that is serendipity. If people want to take messages from this film, then we have done a good job.”

It’s clear from the response that Director James Mangold and team created Logan to first serve the Wolverine character and the other people in that world. Still, like Sir Patrick Stewart says, everyone will draw on their experiences when making (or interpreting) something. If someone can extrapolate any sort of “hidden” message from a movie, then the entire cast and crew has succeeded.

If you missed it read Heroic Hollywood’s review of Logan! I don’t think you’ll be too surprised what we rated it if you have seen the Rotten Tomatoes average.

Normal people (like me) will finally see Logan when it premieres on March 3, 2017. Keep an eye out for any scenes that might be a metaphor for the times we live in. That’s what art is for.