Mysterio actor Jake Gyllenhaal wished Tom Holland a Happy Birthday by sharing a behind-the-scenes selfie of the duo from Spider-Man: Far From Home.

Spider-Man actor Tom Holland turned 25 today and as expected, both his fans and co-stars have been sharing birthday messages for the star. Jake Gyllenhaal, who starred alongside Holland in Spider-Man: Far From Home, posted a selfie of both of them, likely taken during the film’s climactic battle. In the selfie, both Gyllenhaal and Holland are bloodied up, though the Spider-Man actor looks far worse.

Jake Gyllenhaal shared the photo of the Spider-Man actor on his Instagram story. He not only wished Tom Holland A Happy Birthday but also captioned on the photo that he misses the actor. Gyllenhaal’s character seemingly died at the end of Far From Home, so it’s highly unlikely that he’ll return in the MCU. However, Holland has successfully branched out into dramas and independent films, which are Gyllenhaal’s forte, so who knows, maybe the duo will reunite in a project sooner than we think? 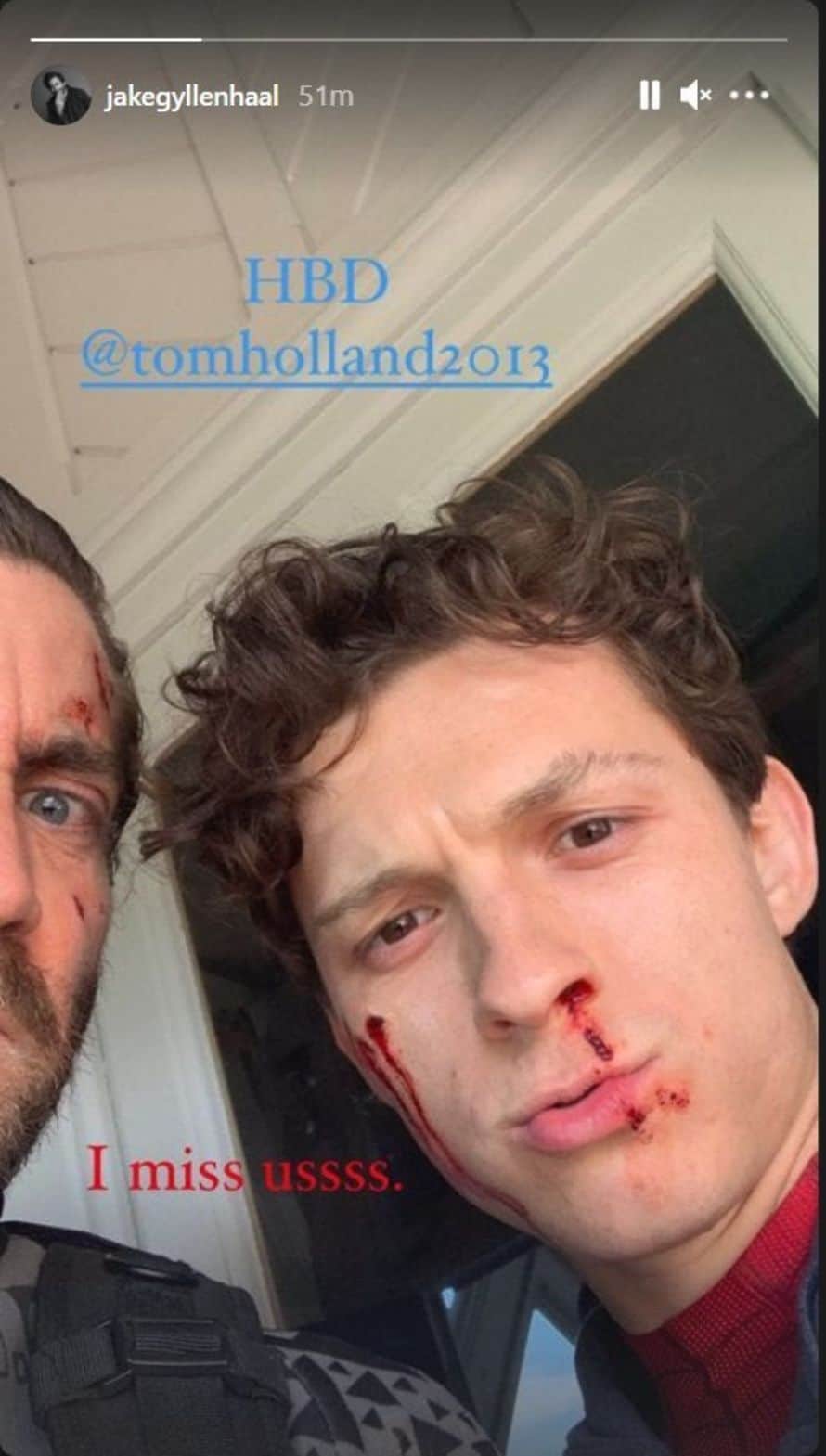 Do you want to see Jake Gyllenhaal return as Mysterio? Comment below and let us know!

Tom Holland’s Peter Parker was last seen in Spider-Man: Far From Home. Here is the official synopsis for the movie:

Spider-Man: Far From Home is now available on Digital HD, 4K Ultra HD Blu-ray, Blu-Ray, and DVD. Stay tuned for all the latest news regarding Emma Stone’s Gwen Stacy and the Marvel Cinematic Universe, and be sure to subscribe to Heroic Hollywood’s YouTube channel for more content.