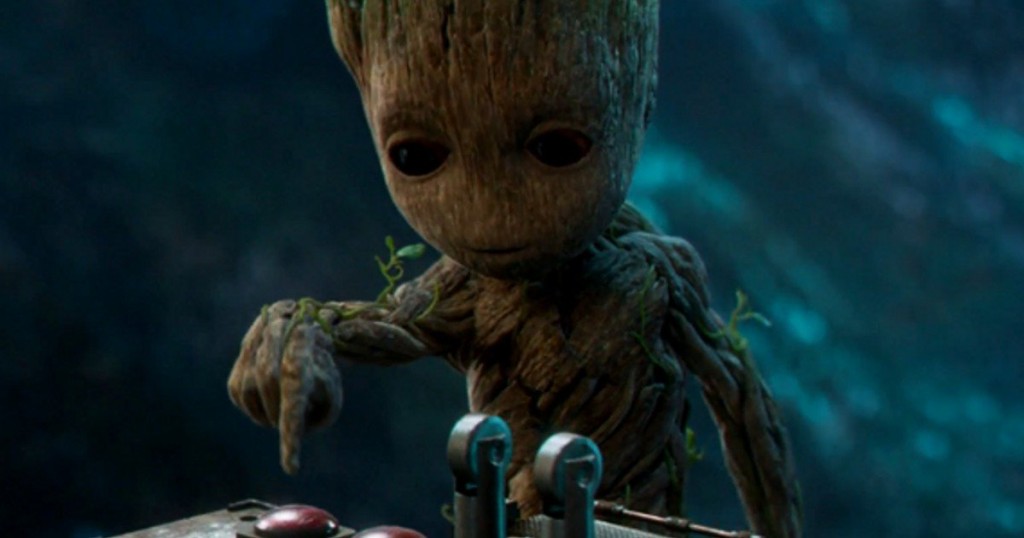 It seems that Baby Groot keeps stealing hearts, and a good portion of recent Guardians of the Galaxy Vol. 2 news. Recently, Marvel Studios‘ Kevin Feige revealed the reasoning behind the costume Baby Groot is seen wearing in some of the movie’s trailers. Now, after a visit to the set by IGN, we know even more about the feisty Guardian. Namely, director James Gunn shed some light on the other Guardians’ relationships with Baby Groot, his decision to keep Groot a baby in the first place, and the fact that the Guardian a “little jerk.”

Even though it meant the character would be a bit slow on the uptake, Gunn wanted to keep Groot a baby.

“When I first started thinking about it, when I was jotting down ideas, I thought Groot was maybe going to be an adult,” said Gunn. “And I thought ‘God, what if I just make Groot a baby for the whole movie. Like he’s a baby.’ And I think that just felt right.”

Although he’s capturing fan’s hearts, Gunn has said that star Chris Pratt (who plays Star-Lord) has continuously lamented that Baby Groot “is going to steal the f–king movie.”

Pratt isn’t the only one not feeling the Groot love however. It also sounds like other Guardians won’t be as enraptured by the diminutive hero. Dave Bautista (who plays Drax) said he doesn’t believe “Drax and The Tree are ever going to get along” because of what he described as their “sibling rivalry.” Karen Gillan (who plays Nebula) also said: “Nebula doesn’t find it [Groot] cute at all — well of course she doesn’t — but I do. So it’s a real challenge for me.” It seems like even if you’re playing a cyborg assassin, you’re not totally immune to Baby Groot’s charms.

Don’t let the other Guardians’ lack of love for Groot get you down though, as Gunn went on to tease that Baby Groot will be an even stronger character than the Groot we saw in the first film.

Beyond Groot, all of the Guardians are supposed to be getting more attention and character development in the group’s second outing.