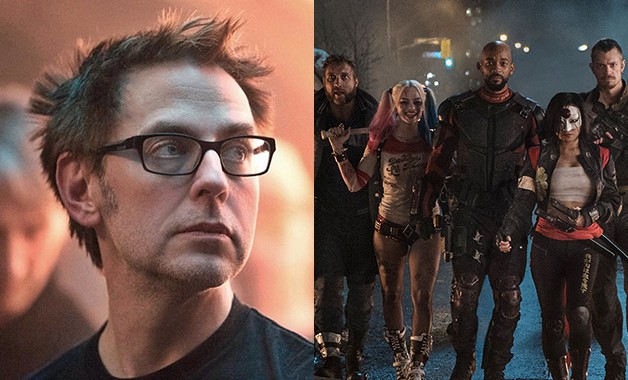 Make no mistake about it, James Gunn’s upcoming Suicide Squad sequel isn’t a sequel at all, but rather a complete reboot of the franchise.

‘The Suicide Squad’ Director James Gunn Will Return To Direct ‘Guardians of the Galaxy Vol. 3’

Speaking with JoBlo, Shazam! producer Peter Safran was asked about the long-in-development Suicide Squad sequel when he made it clear James Gunn’s film will be a whole new take on the supervillain team-up than we saw in the last film:

“First of all, we don’t call it Suicide Squad 2 ‘cause it’s a total reboot, so it’s The Suicide Squad and I think people should be extremely excited about it. It’s everything you would hope from a James Gunn script and I think that says a lot and that promises a lot and I know that we will deliver a lot.”

While there has been talk of Margot Robbie returning to reprise her role as Harley Quinn, Idris Elba has already replaced Will Smith as Deadshot in the James Gunn film. Joel Kinnaman is reportedly out as far as returning as Rick Flagg goes, while Dave Bautista is reportedly being eyed to play Peacemaker, a superhero and soldier who loves peace so much that he is willing to kill for it.

In addition, the film being written and directed by James Gunn is rumored to feature Ratcatcher and Polka-Dot Man and King Shark. Idris Elba’s Deadshot will reportedly be a surrogate father to Ratcatcher, who will be gender-swapped for the film with the role being open to actresses of all nationalities and ethnicities. In the comics, Ratcatcher was a Gotham City exterminator before developing the ability to communicate with sewer rats and use them as an army of rodents.

The first Suicide Squad followed a team of supervillains who were recruited by the government for a dangerous black ops mission in exchange for reduced sentences. The ensemble cast included Will Smith as Deadshot, Margot Robbie as Harley Quinn and Jared Leto as The Joker.

The Suicide Squad is one of many projects currently being developed by Warner Bros. and DC. The list also includes The Batman, The Flash, Green Lantern Corps, Birds of Prey, Black Adam, Nightwing, Supergirl and New Gods.

Following Aquaman, which is now playing, the DCEU continues with Shazam! on April 5, 2019, which will be followed by Birds of Prey (And The Fantabulous Emancipation of One Harley Quinn) on February 7, 2020, and Wonder Woman 1984 on June 5, 2020. A standalone Joker film set outside of the DC Films universe starring Joaquin Phoenix as the Clown Prince of Crime is also set to hit theaters October 4, 2019.

Here is the synopsis for DC’s next film, Shazam!:

What do you think about James Gunn returning to direct Guardians of the Galaxy Vol.3? Let us know in the comments below!

Shazam! will be released in theaters on April 5, 2019, while James Gunn’s The Suicide Squad is set to hit theaters on August 6, 2021. Stay tuned to Heroic Hollywood for the latest news on the future of the current DC cinematic universe as we learn it.