Fans first noticed yesterday his handle @creepypuppet was no longer. The Aquaman director seems to have deleted his account on the social media platform but there’s no concrete evidence for why James Wan has done this at this time. 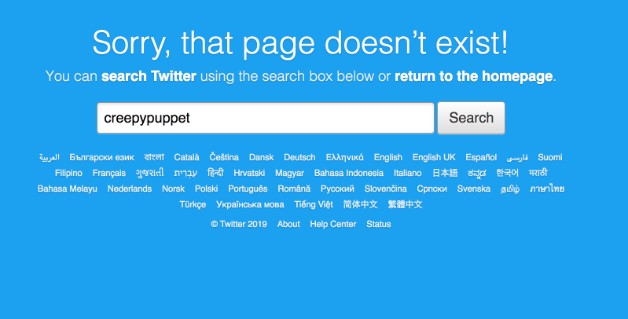 The director recently said he would be taking a break from Twitter to focus on writing, however, it is unclear as to whether or not he meant he would be deactivating his account entirely.

“Alright folks. Now that AQ has pretty much run its theatrical course, time to take a break from Tweetsville and focus on doing some writing.”

So what do you think about James Wan’s decision to leave Twitter? Do you hope James Wan returns to Twitter soon? Let us know in the comments below!

An Aquaman sequel is currently in the works. Warner Bros. has tapped Aquaman writer David Leslie Johnson-McGoldrick to return to pen the script. Jason Momoa is expected to reprise his role.

Based on characters created by Paul Norris and Mort Weisinger, Aquaman was written by David Leslie Johnson-McGoldrick and Will Beall based on a story by Geoff Johns, Wan and Beall. Peter Safran and Rob Cowan produced the film with Deborah Snyder, Zack Snyder, Jon Berg, Johns, and Walter Hamada serving as executive producers.

From Warner Bros. Pictures and director, James Wan comes an action-packed adventure that spans the vast, visually breathtaking underwater world of the seven seas, “Aquaman,” starring Jason Momoa in the title role. The film reveals the origin story of half-human, half-Atlantean Arthur Curry and takes him on the journey of his lifetime—one that will not only force him to face who he really is, but to discover if he is worthy of who he was born to be… a king.

Aquaman is now playing. The DCEU will continue next with Shazam! which will be released in theaters on April 5, 2019, and will be followed by Birds of Prey (And The Fantabulous Emancipation of One Harley Quinn) on February 7, 2020, and Wonder Woman 1984 on June 5, 2020. A standalone Joker film set outside of the DC Films universe starring Joaquin Phoenix as the Clown Prince of Crime is also set to hit theaters October 4, 2019.

Stay tuned to Heroic Hollywood for the latest news on the future of the current DC cinematic universe as we learn it.