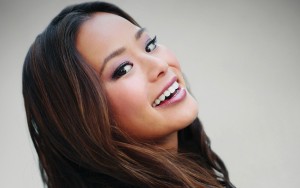 A little while back there was a casting call for an “ambitious young journalist” in her “late-20s” for season three of Fox’s Gotham. Naturally, fans got excited because they assumed that fan favorite from Tum Burton’s 1989 Batman, Vicki Vale would be joining the cast as a young reporter. Sure there was probably going to be an age difference between her and Bruce Wayne, so perhaps they wouldn’t be the lovers they were in the film, but it would still be great to have her on the small screen. The producers of Gotham have provided more detail about the role.

Actress Jamie Chung from Once Upon A Time and Big Hero 6 has been cast as Valerie Vale. The former reality star has also appeared in Hangover Part II, Sucker Punch, and Premium Rush. Changing the ethnicity of the character from canon will also provide a dose of diversity for the show and will also provide an interesting change for a character who was historically played by a white actress. She will be a newly hired reporter for the Gotham Gazette and she will be trying to uncover the truth behind all the controversy surrounding Hugo Strange’s Indian Hill. She will be driven and willing to do anything to get her scoop, and eventually crossing paths with Jim Gordon. It has also been confirmed that Valerie Vale will be Vicki Vale’s aunt and not Vicki Vale.

Gotham returns this fall to Fox.