The teaser trailer for Joaquin Phoenix’s Joker is here and it offers fans their first look at Brett Cullen as Batman’s father, Thomas Wayne.

Earlier today, Warner Bros. released the first official trailer for Joker. The sneak peek revealed Joaquin Phoenix’s Clown Prince of Crime in action but it also gave us a glimpse at some of the film’s key players, including Brett Cullen, who plays Thomas Wayne. You can see him below. 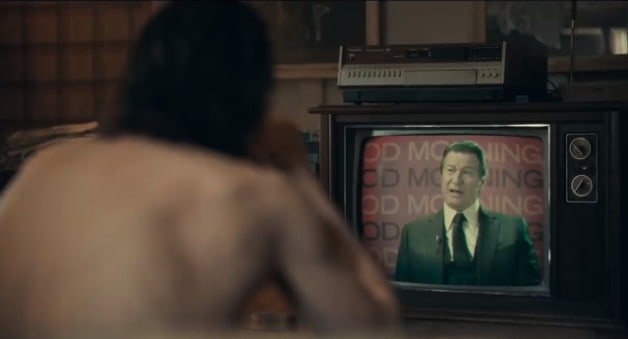 Alec Baldwin was initially said to be playing Thomas Wayne in Joker but Brett Cullen was eventually cast in the role. Comic book movie fans may recognize Brett Cullen as he played a Congressman in Christopher Nolan’s The Dark Knight Rises.

Warner Bros. is looking to tap into Scorsese classics such as Taxi Driver and Raging Bull, with the Joaquin Phoenix film set in a gritty and grounded 1980s Gotham City. Todd Phillips is directing the standalone piece, which is said to be separate from the DC Extended Universe in an effort to create new and unique storylines to expand the canon.

Phillips also wrote the script with Scott Silver, the man behind the 2002 drama film 8 Mile starring Eminem. The project is said to focus on the Clown Prince of Crime as a failed 1980s comedian who becomes The Joker after bombing with audiences.