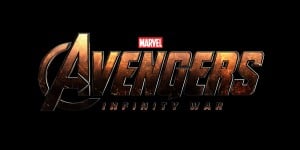 Audiences quickly grew tired of franchise sequels with Part 1 and Part 2 in their titles. It worked great for Harry Potter and the Deathly Hallows, sure, but The Twilight Series: Breaking Dawn and The Hunger Games: Mockingjay didn’t quite celebrate the same success (at least critically). It felt rather exploitative to moviegoers, and therefore it quickly wore out its welcome. It was apparent that some producers just wanted to earn more money, rather than make more films for narrative reasons. And while the trend was once set to bleed into superhero films, that didn’t last long.

Leading up to Captain America: Civil War‘s home video release, the filmmaking brothers gave CinemaBlend a more in-depth reason for the title change. Specifically, what it means for The Avengers 4, which they’re currently tapped to direct after the third film. As you’d expect, the Russos wanted to change the titles because the two sequels will be two separate films, which will be “distinctive” and “different” from one another. Here’s Joe Russo’s quote on the matter:

We wanted the movie to be very different and distinctive, you know. There’s certainly cross-pollination between characters and some story-arcs, but you know, the first movie is very clearly Avengers: Infinity War and, in time, we will reveal what the second film is.

When asked how long it’ll be before fans get the title for the fourth film, Anthony Russo said we won’t learn it for “quite some time.” And that’s perfectly fine. With cameras still left unrolled for the third film, the directors are likely focusing their attentions on their next film before revealing details on the one after, and that’s a very wise decision. Make Avengers: Infinity War as good as it can be, then start giving up a peek into the future. Let’s live in the present and celebrate the now. If you have any ideas what the title might be, though, feel free to take your best guess in the comment section below.