Co-written and directed by John Krasinski, A Quiet Place transported audiences to a post-apocalyptic world in which humanity must remain silent to avoid becoming the prey of monstrous creatures. Released the acclaim and box office success, it was long before a sequel moved forward with John Krasinski returning as writer and director.

Now, IMAX has released its exclusive poster for A Quiet Place: Part II to promote the immersive experience the company offers to audiences. The poster features Emily Blunt’s Evelyn Abbott and her three children as they make their way in the dangerous world.

Check out the new IMAX poster below. 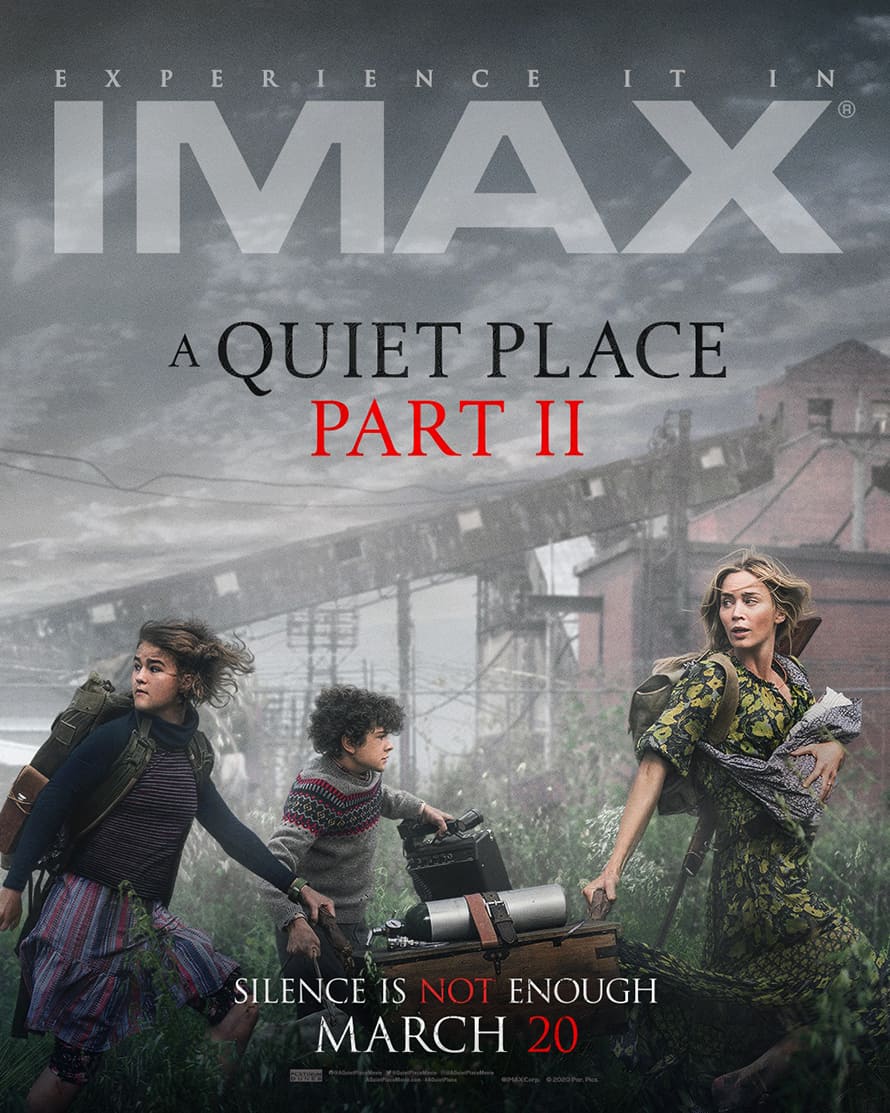 Are you excited to see how the story continues? What do you think of the IMAX poster? What could the “Silence is not enough” tagline imply? Will you see the film on an IMAX screen? What new threats will our heroes face in the sequel? Share your thoughts, theories, and hopes for the upcoming John Krasinski film in the comments section below and stay tuned to Heroic Hollywood for the latest news on the sequel as it develops!

Here is the official synopsis for John Krasinski’s A Quiet Place: Part II:

Following the deadly events at home, the Abbott family (Emily Blunt, Millicent Simmonds, Noah Jupe) must now face the terrors of the outside world as they continue their fight for survival in silence. Forced to venture into the unknown, they quickly realize that the creatures that hunt by sound are not the only threats that lurk beyond the sand path.