Oh, Keanu Reeves. Is there anything he can’t do? He’s Ted, he’s The One, and for two films now he’s been shooting and kicking all sorts of butt in the John Wick films. And he’s currently hard at work filming the third in the series, Parabellum. Given how the events of the second film ended, John Wick will literally be going up against the world, or at least its best assassins. Sure, he’ll have his guns, but you know something else Wick will need going into battle? A horse.

Yes, you read that right. In the upcoming issue of Empire Magazine, a new image from the third John Wick shows Keanu Reeves atop a black horse as he rides through the streets of New York while being pursued by rogues on motorbikes. Well, naturally, you’d think the folks on the motorbikes would have the advantage going up against a horse, but come on, this is John Wick we’re talking about. Of course he’s probably got the advantage in this chase. Here, have a look at Keanu Reeves on a horse in the image below: 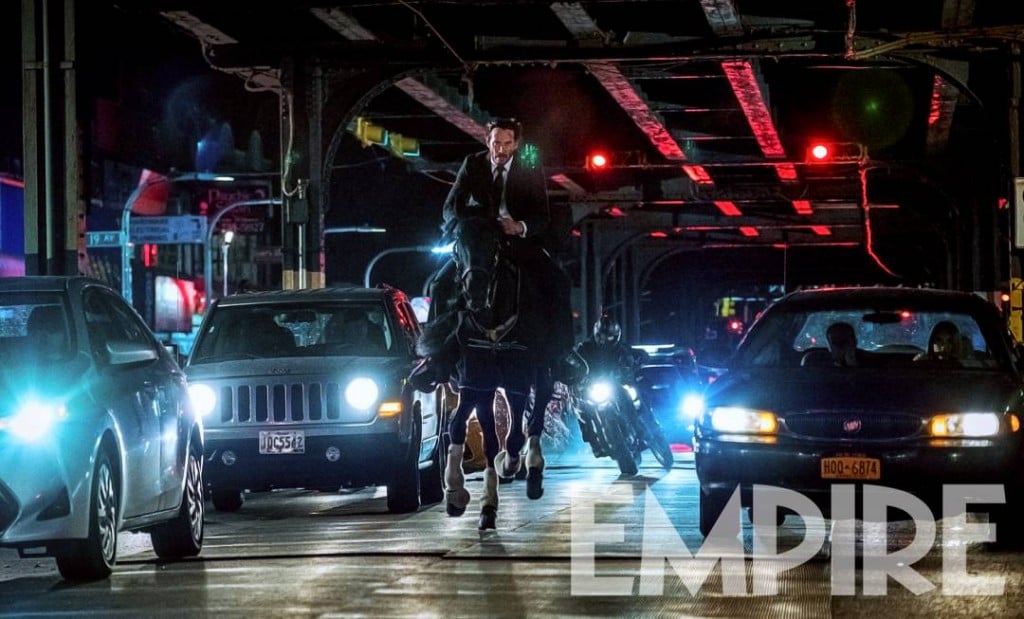 Why the horse? Well, according to director Chad Stahelski, the whirlwind surrounding John Wick will include “horses, dogs, cats, a raven, a bunch of pigeons, a motorcycle chase, car chase, Halle Berry, Laurence Fishburne, Ian McShane, Lance Reddick, shotguns and ninjas.” If nothing in that list entices you, then what hope is there for this world? Or perhaps Agent Smith just needs to be thrown in for good measure.

What do you make of the new John Wick image? Are you excited for the third chapter in the series? Let us know in the comments below.