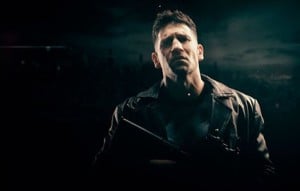 Jon Bernthal is widely considered the best on-screen Punisher to date, and while I still have a soft spot for Thomas Jane, I can get behind that assessment. He embodies the role with a weighted honesty that hasn’t been seen as deftly in the role prior in Netflix’s Daredevil, and he makes the 42-year-old character entirely his own. Although the former Walking Dead star hasn’t necessarily been quiet about his process, with a potential Emmy nomination in his wake, Bernthal sat down with Awards Daily to discuss his acclaimed performance.

In the exclusive interview, Bernthal notes he “really wasn’t” a fan of the character growing up, and that it was only through the aforementioned Walking Dead that he became exposed to comic books in general, including their enthusiastic fans.

I had no idea how committed that fan base is. There’s something with comic books, and the medium requires so much imagination on the part of both the reader and audience. It ignites the imagination and gives the audience this sense of ownership of the characters and of these worlds. I think that’s a reason for the passion…With this character, Frank Castle, I really dived into the comic book. I got a lot from the books and the research process was fun.

He “wasn’t desperately trying to get into the comic book world,” he stresses, as if that wasn’t really made clear already. But with Frank Castle/The Punisher, it was different. Specifically, it was the humanity in the character that spoke to him. His humanity is his superpower, as it were. “It’s his drive, his rage, and his loss,” Bernthal stressed. “I could never have played this part if I weren’t a husband or father. Until you really understand what it’s like to love somebody more than yourself and to willingly give your life for them, only then can you understand what it would mean if they were taken from you.”

Bernthal also went on to praise Netflix’s binge-friendly 13-episode platform, which lets the show “be bold and take risks or abandon the audience and go very far.” He continued by stating, “The way most material is digested all at once. They don’t have to wait 3 or 4 months to win the audience back to explain their actions. I really dig it.”

Additionally, when discussing the fight sequences in Daredevil, he took the opportunity to continue dissecting the character, and explaining why it struck such a chord with him and the audience.

I think when you’re talking about characters like these, the way they fight, what’s motivating the fight is very important. Beating someone up to drag them into jail is different than someone who is exercising his rage on people. The Frank Castle you find in this story is not The Punisher. He’s reeling from the loss of his family. He’s driven by rage and is on a singular mission to find these people who took his family from him, and do it as brutally as possible. This team that’s been assembled, they’re unbelievably ambitious. The fighting in this show everybody working together. I also believe the way in which he fights tells you volumes about the character. There’s a story with each and every punch, and they allow us to approach it like that. These guys are good enough to choreograph in that way.

Bernthal also called the graveyard scene his favorite, particularly the “beautifully written” speech delivered in that moment, and he claims to have “no idea” what lies ahead for his take on the character. Although he’s, of course, “very excited” about his own solo show next year. You can read the full interview below, and it’s worth checking out. It’s only the beginning of their relationship together, the character and the actor, and it’ll be great to see them together again very soon. He’s a thoughtful, well-spoken guy, and it’s clear why this performance has become such an audience favorite. He owns it.