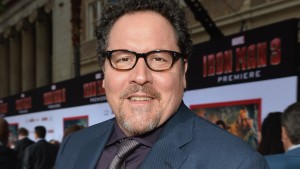 In May, Seth MacFarlane revealed he was space-bound for his next project: an untitled hourlong dramedy set 300 years in the future, which he’ll create and star in. The man behind Family Guy immediately got it picked up straight-for-series by Fox, but details were rather slim since then. But that now changes, as Jon Favreau joins MacFarlane for the odyssey. He’s signed on to direct the pilot, and then will remain an executive producer and consultant on the series after production wraps on the first episode.

Favreau is no stranger to television. He also helmed the pilots for NBC’s short-lived Revolution and About a Boy, as well as an episode of The Office. But MacFarlane’s latest series marks the Iron Man filmmaker’s first time under Fox since calling the shots on Undeclared back in 2002. Production is scheduled to start in January, and there’s no word yet on when it’ll premiere in the 2017-18 season. If I were a beating man, however, I’d say it’ll make its debut somewhere beside The Last Man on Earth, Fox’s similarly-dystopian genre comedy which truly stepped up its game this season.

According to THR, the upcoming series centers the crew of the motley ship Orville, who explore the challenges of outer space and, later, cohabit with their colleagues. MacFarlane is joined by Adrianne Palicki (Friday Night Lights), Scott Grimes, Peter Macon and J Lee in the ensemble, with more names set to be announced.

Favreau continues to diverse his resume in studio-driven new directions, from The Jungle Book earlier this year to his long-gestured Magic Kingdom film. This show, however, feels different, and hopefully MacFarlane uses this platform something that’s more rewarding than, say, his last two directorial features: A Million Ways to Die in the West and Ted 2, which failed both critically and financially to rise to the heights of his surprisingly charming directorial debut, Ted. There’s no word yet on whether or not MacFarlane plans to jump in the director’s chair on the impending series, but it’s not impossible. Again, more details should spill out as the series itches closer to reality.