Game of Thrones finale ‘The Winds of Winter‘ seemed to confirm one of the oldest theories in the A Song of Ice and Fire fandom – that Jon Snow was not Ned Stark’s bastard, but the son of his sister Lyanna and Rhaegar Targaryen, whose affair sparked Robert’s Rebellion and literally everything that has happened on the show. It’s a revelation that hasn’t happened in the books but the show has laid heavy foreshadowing for.

Because it wasn’t explicitly spelled out in the scene, there remained about 1 percent of doubt that Rhaegar was Jon’s father. Now HBO put any tinfoil theories to rest by releasing a flow chart of the familial connections on the show and it spells out that Jon is the child of Rhaegar and Lyanna (the fire and ice families of the show).

Like all things Thrones, it was left with a degree of ambiguity and mystery. Bran used his greenseer powers through a weirwood tree to witness his young father’s ascent to the top of the Tower of Joy. There, he sees his father find Lyanna in a blood-soaked bed, having just given birth. Lyanna’s dying words reveal to Ned her child’s name (which audiences aren’t privy to) and ask him to promise to protect his identity from a vengeful Robert, whom Lyanna had been betrothed to. 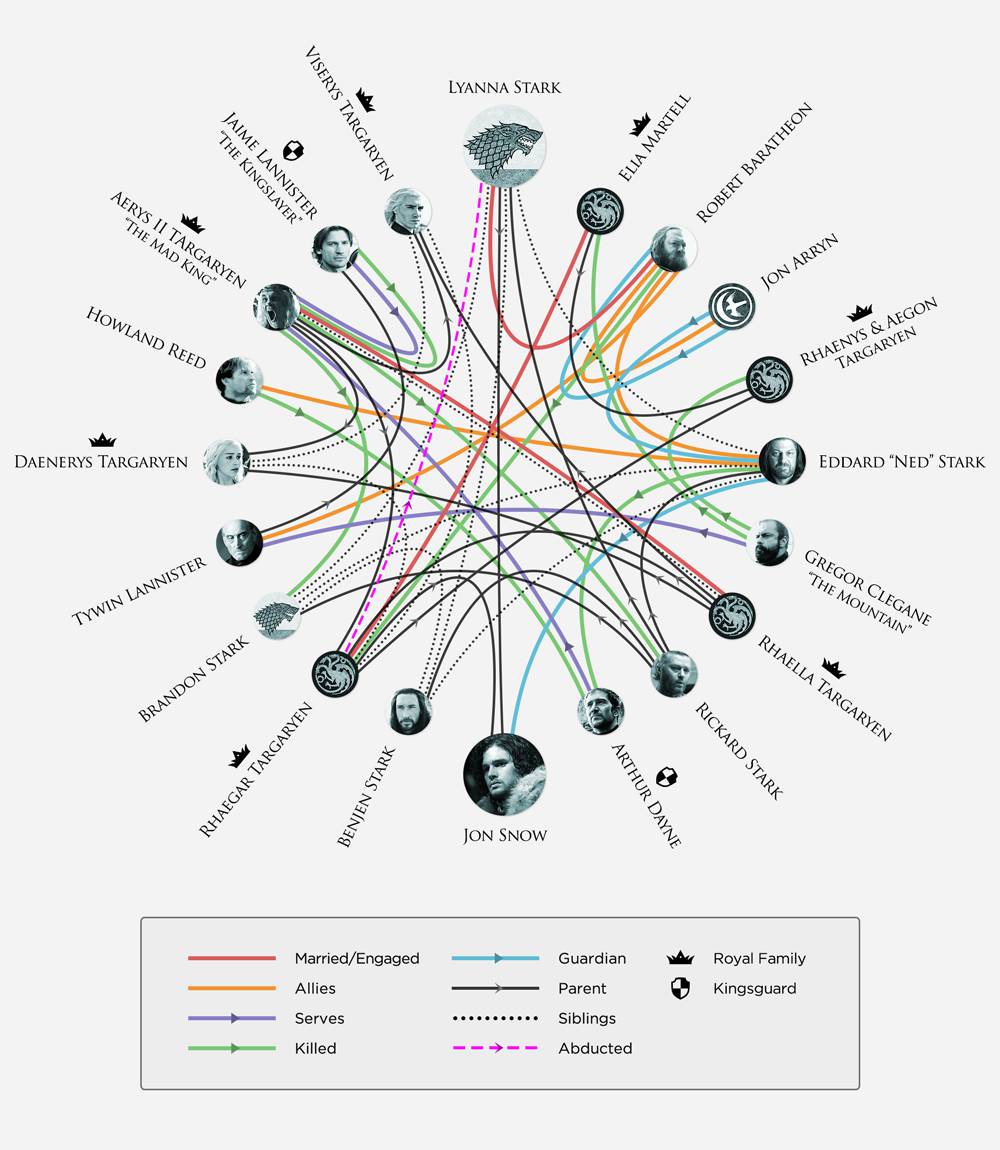 The mystery of Jon’s true name is already getting speculation. Lyanna’s telling of Jon’s name was specifically obscured in the sound design. Snow is the bastard signifier in the North and Jon is both a common and personal name for Ned, whose mentor was Jon Arryn. However, a cunning fan claims to have deciphered the indecipherable and that the name Lyanna gave her child was Jaehaerys, the name of the one of the best Targaryen kings to live (not that the bar was very high). I’m skeptical the showrunners would put it in at all if they intended it to be a continued secret but hey, maybe they were just outsmarted.