After terrifying audiences with the Academy Award-winning film Get Out and the acclaimed feature Us,  Jordan Peel will co-write and produce a sequel to the 1992 horror hit titled Candyman. Directed by Nia DaCosta, the Candyman sequel shares the same title as its predecessor and will see Tony Todd reprise his role as the titular antagonist.

Check out the poster for Jordan Peele’s Candyman below! 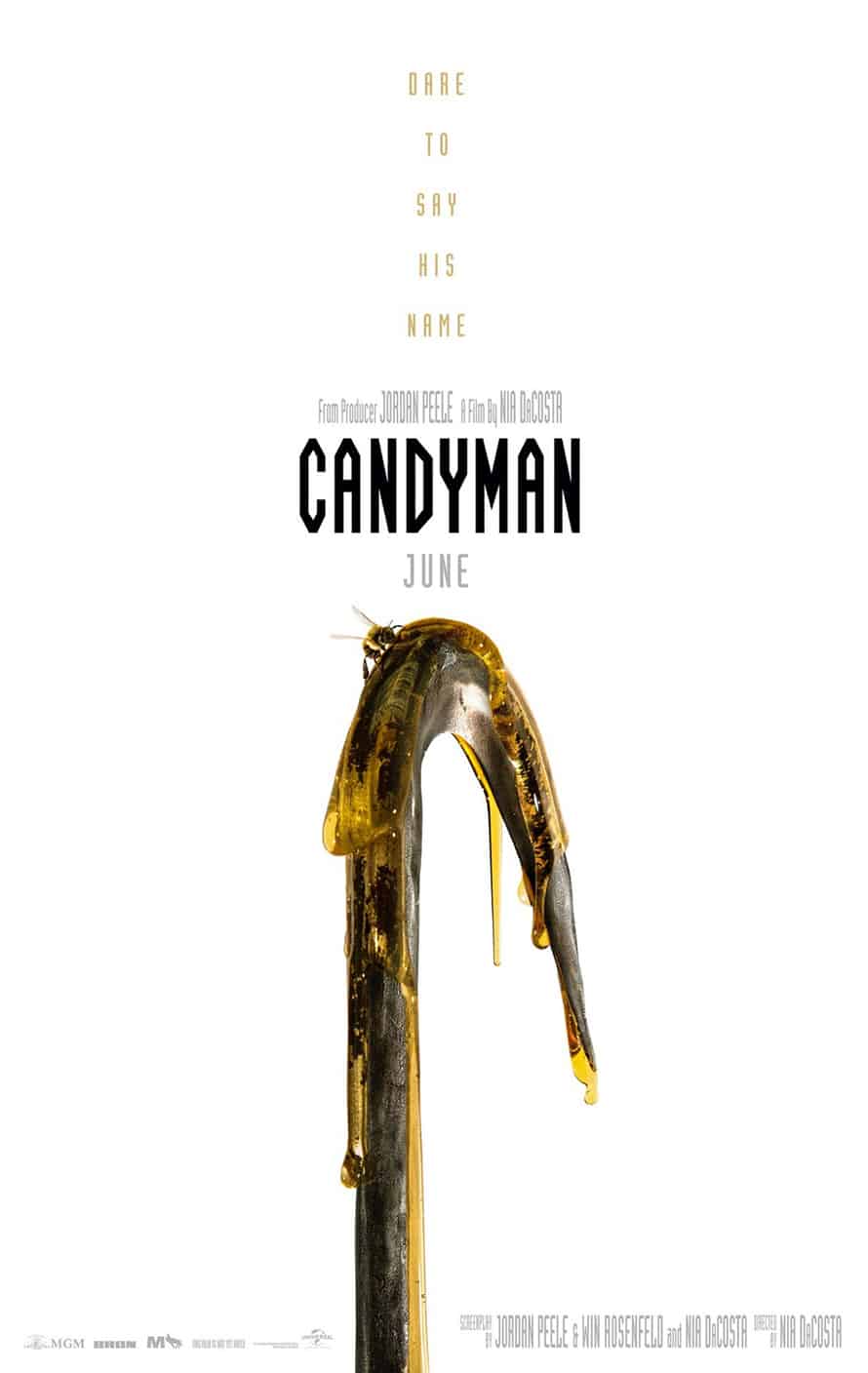 What do you think of the poster for Jordan Peele’s Candyman? Let us know what you think about the Jordan Peele film in the comments section below!

Based on the short story “The Forbidden” by Clive Barker, the original Candyman follows a graduate student named Helen Lyle who accidentally summons the vengeful ghost of an artist and son of a slave who was murdered in the late 19th century. The Jordan Peele co-produced Candyman is said to be a “spiritual sequel” to the original film.