DC Comics’ Justice League will soon crossover with the Aquaman comics book series for a story arc titled “Drowned Earth.” Now, DC has announced that each issue of the forthcoming event will feature a variant cover based on Warner Bros. and DC Films’ Aquaman film.

The variant covers are set to commemorate the release of director James Wan’s movie centered on the titular hero and the official press release reads as follows:

November’s six-issue JUSTICE LEAGUE/AQUAMAN: DROWNED EARTH event pits the Justice League against a race of ancient and long-forgotten sea gods and an army of alien mercenaries, reveal shocking secrets about Arthur Curry’s legacy, and thwart a plot to flood the planet and turn people into aquatic monsters. In celebration of Warner Bros Pictures highly anticipated filmAquaman, debuting in theaters nationwide on December 14, all of DC’s DROWNED EARTH issues will feature variant covers with art inspired by the upcoming feature film.

The saga begins with JUSTICE LEAGUE/AQUAMAN: DROWNED EARTH #1 by James Tynion IV and Howard Porter, on sale October 31. This 48-page one-shot introduces the Ocean Lords—ancient and powerful deities with an axe to grind against both Aquaman and Wonder Woman and a plan to flood the world. As the rest of the League races to stop the waters from rising, Arthur faces off against his nemesis Black Manta in a must-win battle if he is to retain his connection to the world’s oceans. The story continues in JUSTICE LEAGUE #11, on sale November 7.

You can check out both covers below! 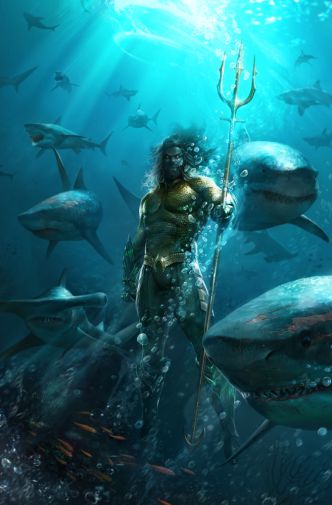 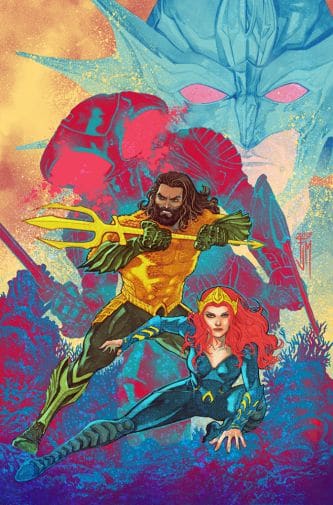 Justice League/Aquaman: Drowned Earth #1 will be available on October 31, 2018.