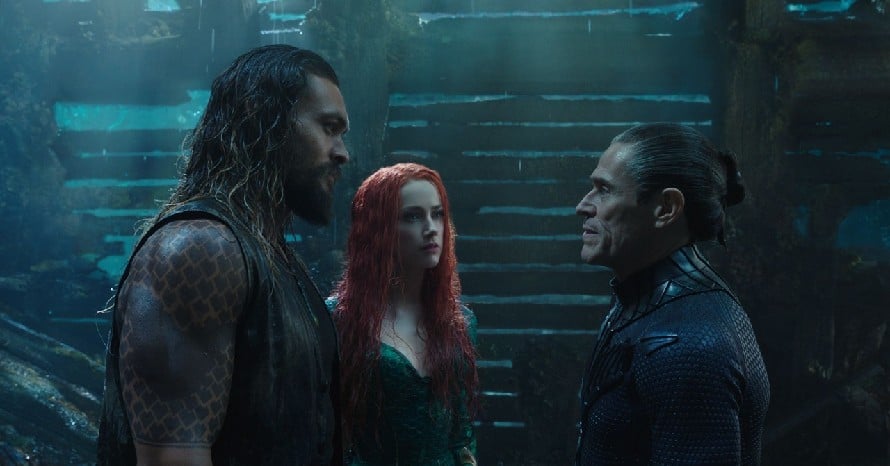 Both Amber Heard and Willem Dafoe were cast in Justice League as Mera and Vulko, but only Amber Heard actually appeared, while Willem Dafoe’s appearance meant for the theatrical cut (in which he helped Aquaman get his armor and weapons before he saved the day at Gotham Harbor) was cut when the film was locked down to a two-hour running time. Before Justice League was extensively reshot following the exit of director Zack Snyder, Amber Heard’s Mera was apparently also involved with this meeting between the two. As it turns out, Vulko was meant to have a different design than the one that he had in Aquaman.

Both Amber Heard and Willem Dafoe can be seen as Mera and Vulko in the below image:

Both Amber Heard’s Mera and Willem Dafoe’s Vulko received substantially larger roles in Aquaman, as was intended from the start. However, it’s interesting to see that multiple scenes with these two Atlantean characters were meant to be included in the film.