A new image from the Zack Snyder cut of Justice League puts the spotlight on Ray Fisher's Cyborg!

With the DC FanDome event just a few more days away, Zack Snyder has shared a never-before-seen image from his Justice League cut ahead of the premiere of its official trailer. The image puts the spotlight on Ray Fisher’s Victor Stone, showing the character before his transformation into Cyborg.

Zack Snyder took to Vero to drop the Justice League image, which features Ray Fisher’s Victor Stone at a football sequence that wasn’t included in the theatrical cut of the movie. You can check it out below. 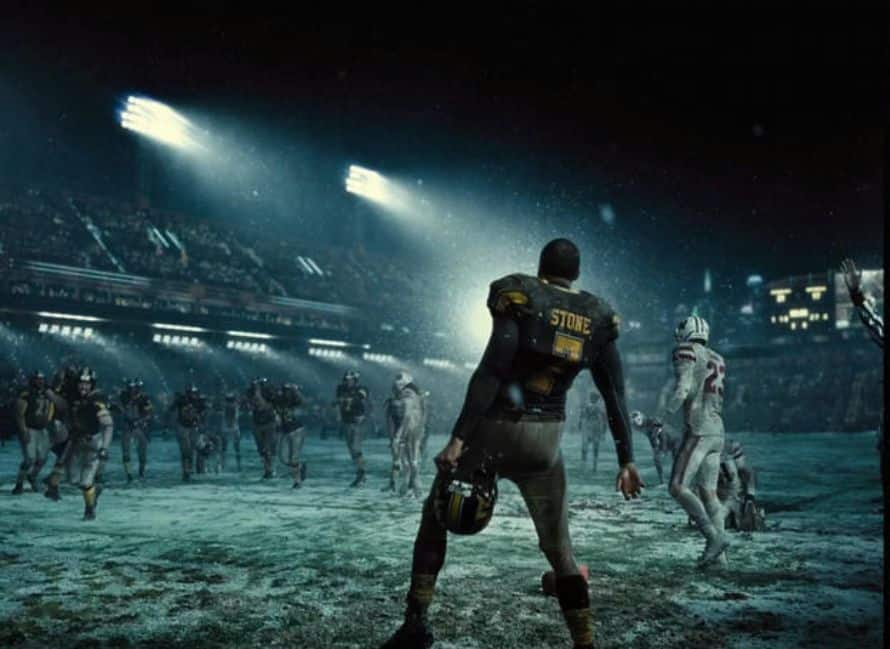 Previously, in a comment on Instagram, Nick McKinless revealed that there was apparently an entire fight sequence between Ares and a younger Darkseid when he first invaded Earth in Zack Snyder’s version of Justice League. The actor was cast as Ares for the sequence and trained for four months to get in proper shape for the role. However, McKinless was not credited in the thetrical cut of the movie.

Darkseid almost played a larger role in the Zack Snyder cut of Justice League and subsequent DC Extended Universe films. However, after Joss Whedon assumed directorial duties during post-production and oversaw extensive re-shoots for Justice League, Darkseid was removed from the theatrical cut and Warner Bros. reassessed their plans for future DCEU films following the underwhelming reviews and box office gross of the film.

Zack Snyder’s original 5 movie-arc for the DCEU was also said to include events like the murder of Lois Lane along with half the Justice League and Darkseid taking control of the heartbroken Superman with the Anti-Life Equation.

Zack Snyder’s Justice League Cut is set to hit HBO Max in 2021. Stay tuned to Heroic Hollywood regarding all the latest news leading up to DC FanDome and subscribe to our YouTube channel for more content!