Kevin Smith’s Jay and Silent Bob Reboot will be available on Digital HD, Blu-Ray, and DVD in January 2020.

Earlier this year, director Kevin Smith reunited audiences with Jay and Silent Bob in a new film centered on the stoner pals. Now, fans can pre-order their Digital, Blu-Ray, and DVD copies of Jay and Silent Bob Reboot through Legion M ahead of its January 21, 2020, release date.

Check out the cover art and lanyard for Kevin Smith’s Jay and Silent Bob Reboot below! 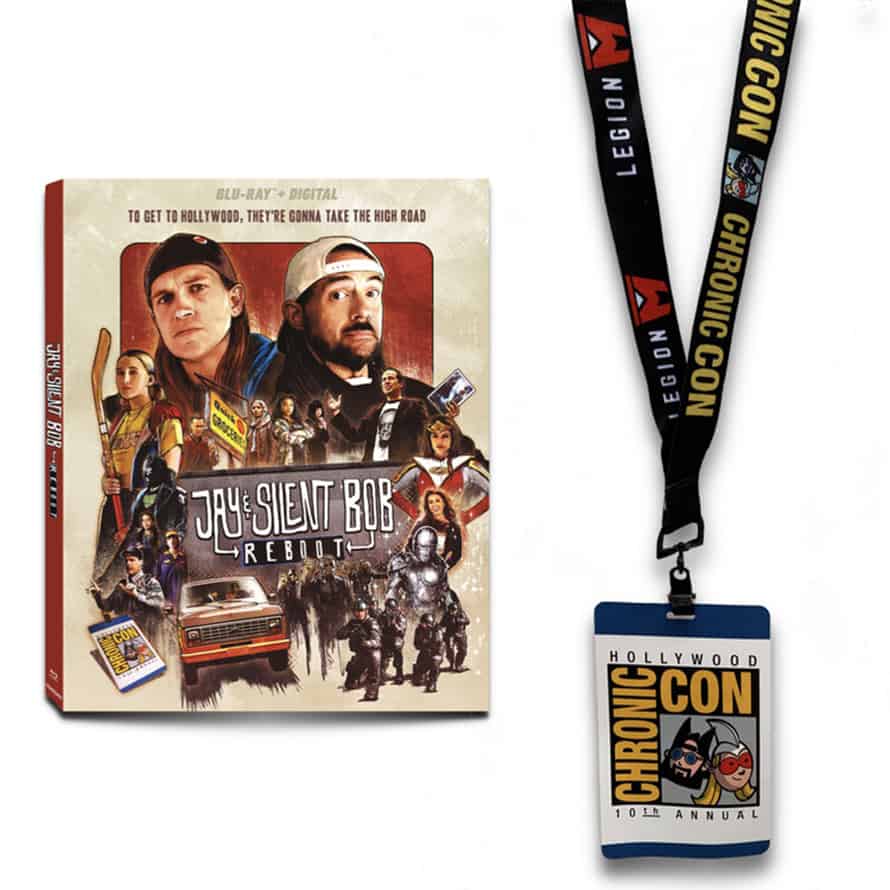 Will you but your own copy of Kevin Smith’s Jay and Silent Bob Reboot? Let us know below!

Here is the official synopsis for Kevin Smith’s Jay and Silent Bob Reboot:

The stoner icons who first hit the screen 25 years ago in CLERKS are back! When Jay and Silent Bob discover that Hollywood is rebooting an old movie based on them, the clueless duo embark on another cross-country mission to stop it all over again!

Jay and Silent Bob Reboot will be released on Digital HD, DVD, and Blu-Ray on January 21, 2020.