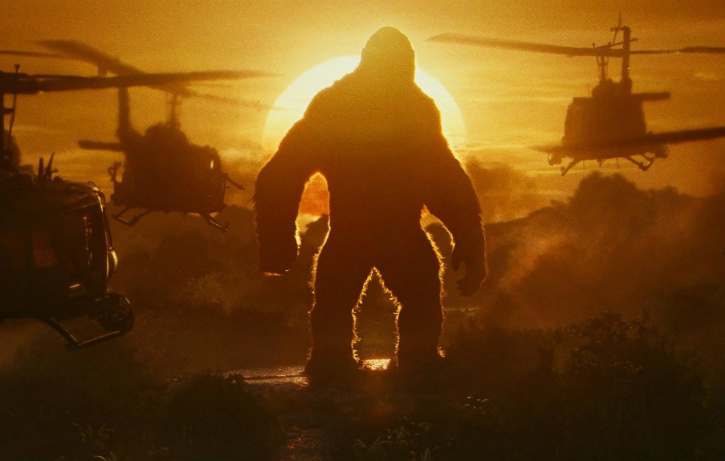 After overtaking Logan at the Friday box office, it’s no surprise that Kong: Skull Island has roared its way to the number one spot at the weekend box office. The film, which is the second in the Warner Bros. MonsterVerse after 2014’s Godzilla reboot, grossed $61 million in its opening weekend. Not a bad amount, but given the fact that the film had a $185 million budget, the studio will continue looking to domestic and international box office sales to make up for the cost of the film. Still, Warner Bros. should still be pleased given that the film was only expected to make $50 million. At the international box office, the film opened with $81.6 million in over sixty markets. This brings its global numbers to a total of $142.6 million.

Directed by Jordan Vogt-Roberts,Kong: Skull Island stars John Goodman, Brie Larson, Tom Hiddleston, Samuel L. Jackson, and John C. Reilly. It follows a team of explorers and soldiers at the tail-end of the Vietnam War as they set off to find out exactly what’s hiding on the mysterious Skull Island. Obviously, they aren’t ready for what they find when they get there.

Falling to second place is James Mangold’s Logan, pulling in another $37.9 million over the weekend. From last week, the film not only dropped from number one, but also dropped 57% in ticket sales. However, it’s only in its second week and this addition brings its domestic total to $154 million and $437 million globally. This makes it the highest grossing film of 2017 so far. The film opened to critical acclaim and has since also stolen the hearts of fans everywhere. Logan marked the final time Hugh Jackman would be playing Wolverine and the film itself honors that in a fantastic send-off to both the actor and the character.

In third place, Jordan Peele’s Get Out continues to impress with another $21 million this past weekend. The film has now surpassed any and every expectation as it passed the $100 million threshold in just three weeks into its domestic release. The film had a very small budget of less than $5 million, so the fact that it’s managed to connect with audiences speaks for itself.

Rounding out the top five are The Shack and The LEGO Batman Movie in fourth and fifth place with $10.1 million and $7.8 million, respectively.

What did you see this weekend? Let us know in the comments below!

Editor’s Note: This article has been updated to include international box office numbers for Kong: Skull Island and Logan.