The Wonder Woman 1984 trailers have yet to reveal Barbara Ann Minerva’s Cheetah form, but this action figure from Walmart gives fans a look at Kristen Wiig as the villainous DC Comics icon. Walmart’s description for the product, which claims that the action figure features “head-to-toe true-to-movie details,” confirms that this is Wiig’s actual Cheetah look for the upcoming movie. Here is the full description:

“After her claws come out, Barbara Minerva shifts from friend to foe, becoming the fiercest rival Wonder Woman has yet to face. This Battle Cheetah doll is inspired by her final transformation into the powerful Super-Villain, and with head-to-toe true-to-movie details, she’s prepared to fight for her claim to power.”

You can check out the Wonder Woman 1984 Cheetah figure below. 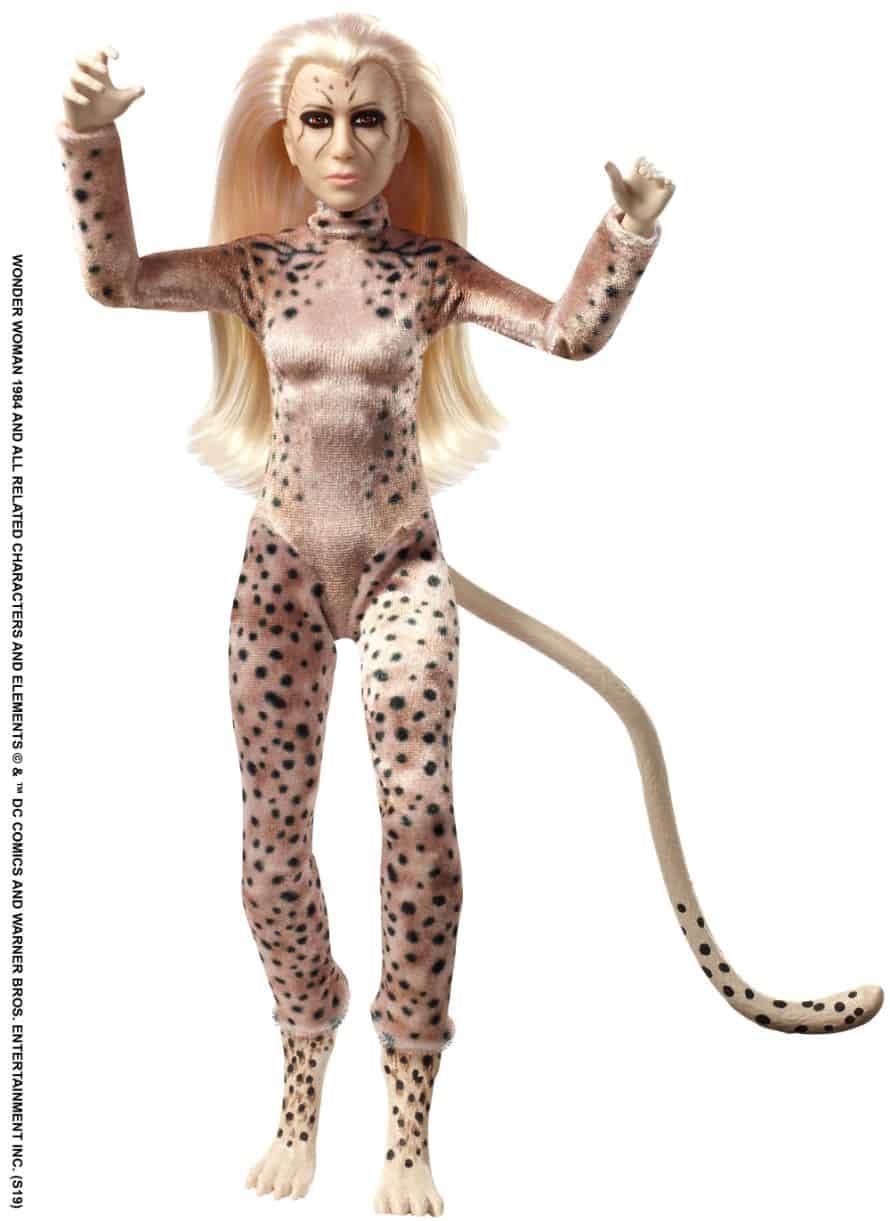 In the comics, Barbara Ann Minerva was born the heiress to a vast fortune and grew up to be an archaeologist. The ambitious, deeply selfish Minerva searched throughout Africa for a specific tribe who was protected by a mysterious female guardian who was linked to the Cheetah. After the guardian was murdered by a group of bandits, Minerva underwent a ritual to become the next individual infused with Cheetah-like powers.

Wonder Woman 1984 is currently scheduled to hit theaters on October 2nd, 2020. Stay tuned for all the latest news on the movie and be sure to subscribe to Heroic Hollywood’s YouTube channel for more exclusive video content!