Laika Studios’ next film, Missing Link, may not be as dark as Coraline or Corpse Bride, but it does feature sasquatch as the lead character.

Chris Butler, who directed and wrote ParaNorman for Laika, said he first came up with this idea about 15 years ago. Though he’d “occasionally dip back into it,” he returned to the project in earnest four and a half years ago and really dug into creating the world and its characters. When he approached studio head Travis Knight with three story pitches, Missing Link was chosen as Laika’s next feature film. 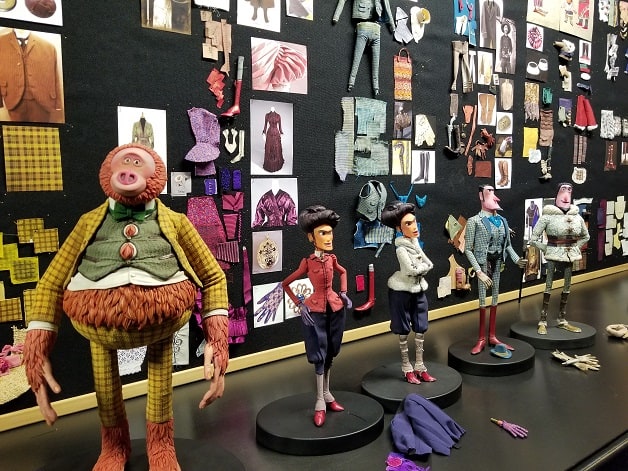 Everything about Missing Link evolved from a singular sketch of Mr. Link Butler drew years ago. While the character has a sophisticated look now that required the input of multiple teams, he described his initial sketch as a “hairy avocado with legs” that everyone seemed to love.

The avocado motif was mentioned multiple times throughout the day by the film’s creative team. John Craney, the creative lead on Missing Link, referred to the lead character as a “sophisticated avocado” and talked about the importance of retaining the integrity of his unique profile. To help keep the puppet’s shape, the creative team engineered a soft foam with slits in it that helps with the character’s unique stretch while maintaining his silhouette.

The foam may help keep each puppet’s shape, but materials like urethane and silicon that are used in production, don’t keep the puppets safe from animation related troubles. Every time an animator holds a puppet, there’s a risk that something can be damaged. The wire-made hands are especially susceptible to harm, so each hero puppet has about 9-12 pairs in case a finger breaks on set. To minimize the potential damage, grip blocks made of harder plastics like climbing resin are inserted at key points so animators can more firmly grip each puppet.

“We look to those kind of materials and put them in our characters whenever we can,” Craney explained.

According to Laika’s director of Rapid Prototyping Brian McClean, Mr. Link was “one of the most challenging puppets” they’ve ever done due to his odd shape and the relatively small amount of space between the characters neck and his face, making it difficult to alter his expressions. Between frames, the puppets have their eyes poked with exacto blades and faces swapped out to make their changing expressions appear more seamless. Each puppet has a series of magnetized driver rings that help lock the 106,000 individual facial expressions created for Missing Link into the proper position quicker on set.

Mr. Link himself, voiced by Zach Galifianakis, is a sasquatch from the Pacific Northwest. Butler describes the character as “lonely,” so he enlists the aid of a grand adventurer, Sir Lionel Frost (Hugh Jackman), to travel around the world and discover a rumored pack of Yetis he thinks are his distant cousins.

Calling Missing Link “an attempt to step out of the shadows,” Butler doesn’t want stop-motion animation to only be associated with creepy stories. As for his the tone of this film, he compared it to an amalgamation of Raiders of the Lost Arc, Sherlock Holmes and Mighty Joe Young. 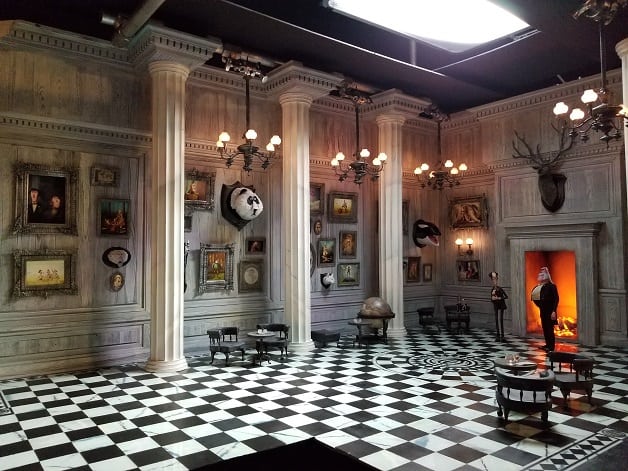 A common refrain heard throughout the day revolved around the importance of the animators, the people who physically interact with the puppets and prepare them for each shot. As visual effects supervisor Steve Emerson put it, “the animator is always the number one priority.” Since the puppet performances are “the most important thing,” a lot of work goes in to make sure the animators are able to work comfortably.

So animators aren’t constantly hunched over, each set piece is built at the “standard animator height,” roughly 42.25 to 42.5 inches tall. Additionally, the sets are created in grids so certain sections can easily be removed or opened up so animators can get closer to the puppets without actually stepping on anything that will appear in the movie.

Emerson, who’s been with Laika for 11 years and worked on all five of their features, comes from a live-action background and prefers creating and filming everything in house. But, if Laika is unable to build a set, prop or puppet, then Emerson is happy to “use technology and leverage it in a way that honors stop-motion.” Emerson and the visual effects team are a part of the entire planning process of the movie, including the character design stages. 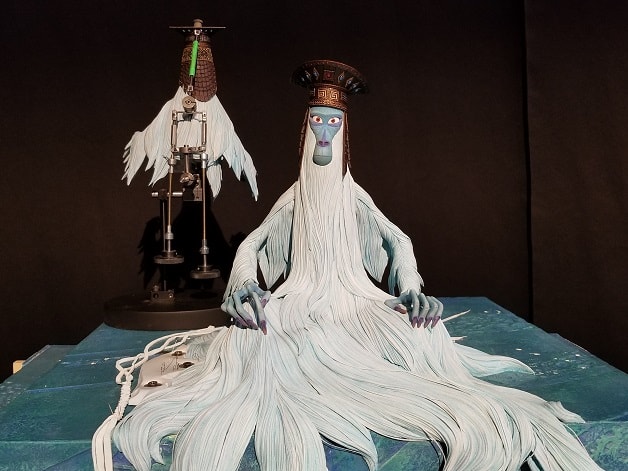 In addition to creating 182 digital puppets, “more than double what [they] did with Kubo,” rendering green screen backgrounds and editing away blemishes and small separations on the puppets, the visual effects team digitally removed more than 1000 rigs.

“That’s the sadness and happiness of a riggers life,” said Ollie Jones, head of rigging on Missing Link.

The rig systems allow the animators to “defy gravity” and move the puppets incrementally for each new shot. In addition to supporting the puppets, rigs are used on props, sets and even fabric to make sure things move or tear in controlled ways.

According to executive producer Arianne Sutner, who produced ParaNorman alongside Butler, the physical shooting takes about two years with post-production lating roughly three-and-a-half to four-and-a-half months. Due to slow-nature of filming stop-motion, the team is creating about 4.3 seconds of film a week, roughly 100 frames.

As for what’s next at the studio, Sutner stated they “want to make every genre.”

“People call animation a genre, it’s not. It’s a medium,” Butler said, reiterating that they can tell any type of story they want through stop-motion.

When pressed about the possibility of sasquatches or yetis wandering around in the wild, Butler played it coy.

“Oh no! What if I say no?” he said chuckling. “I wish they were walking around out there.”