South American retailer LawGamers may have revealed the release date for the highly-anticipated sequel to The Last of Us.

Originally announced at PSX 2016, The Last of Us Part II has been long in development at Naughty Dog but the game could finally be arriving on the PlayStation 4 by the end of the year. A new promo poster revealed by the Peruvian retailer suggests The Last of Us Part II could be released as early as October 2019, however, an exact date has yet to be revealed. 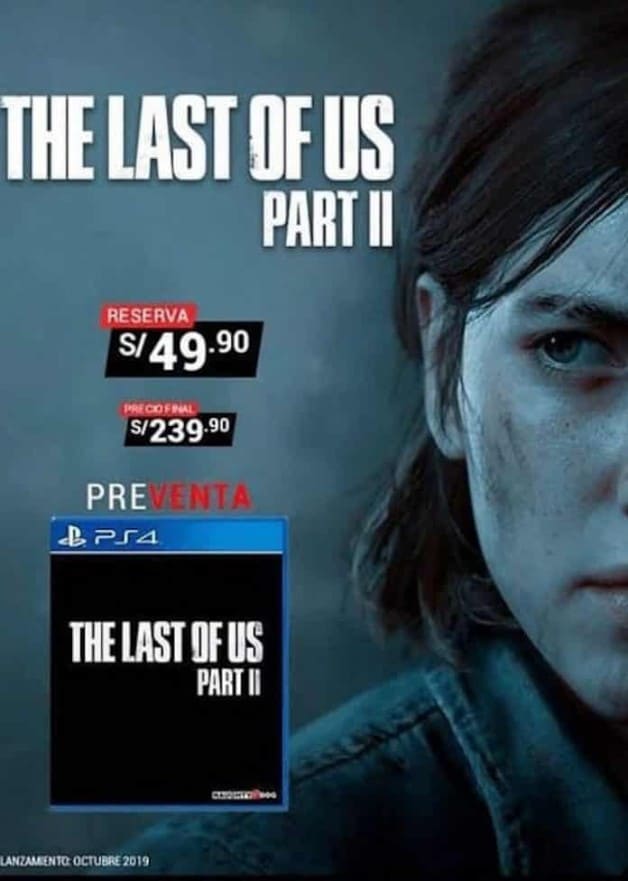 This is not the first time that The Last of Us Part II was suggested to be arriving this year as there have been several hints before including one from the game’s composer Gustavo Santaolalla who recently teased that the game would be coming very soon during a live performance. In addition, Last year’s Outbreak Day saw a 2019 release date teased when Naughty Dog revealed a soundtrack description for The Last of Us Part II with a copyright date set to 2019.

NaughtyDog has also been beefing up its staff, which could be getting the development team ready to crunch its way to the finish line on The Last of Us Part II.

‘The New Mutants’ Reshoots Have Yet To Be Shot Or Scheduled

Although these teases could give hope to The Last of Us Part II finally releasing this year, it’s important to remember that Sony has opted to sit out of E3 for the first time in 24 years as they didn’t feel there was enough ready to show off from their upcoming slate just yet. Skipping E3 and releasing The Last of Us Part II just a few months later prior to PSX 2019 brings to question just how exactly Sony would reveal new details on the highly-anticipated sequel.

Official details on The Last of Us Part II are slim. Naughty Dog has only shown off a small amount of footage from the game so far. The sequel has been teased to feature a story that is the thematic opposite of the first game when we pick up with Ellie five years later after the events of The Last of Us, and will introduce the Seraphites, a religious cult that will serve as a threat to the survivors in the post-apocalyptic world and possibly Tommy’s camp in Jackson.

Both Troy Baker and Ashley Johnson will be reprising their roles as Joel and Ellie respectively. Newcomers to the cast include Westworld actress Shannon Woodard, Patrick Fugit, Laura Bailey, Victoria Grace, Ian Alexander, and Stephen A. Chang.

So what do you think? Could The Last of Us Part II finally be arriving this year? Let us know your thoughts in the comments below!