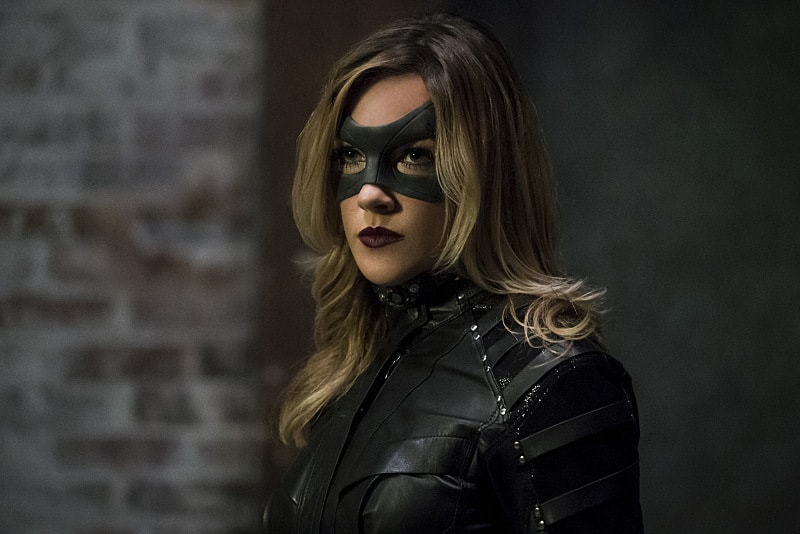 The CW’s Arrow will be returning in just a few weeks and many fans are wondering what the role of Katie Cassidy’s character will be moving forward with the series. Cassidy plays Laurel Lance/Black Canary and has been a part of Arrow since season one. Last season concluded with Lance’s death, that loss tore apart the original Arrow crew.

While attending Salt Lake Comic Con, Cassidy talked about her character and explained that Lance will be featured in the season five premiere of Arrow.

“And coming up, you will see me in the premiere of Arrow, Season 5. Pretty exciting. And I will also be—they announced at Comic-Con, which I’m safe to say—across all three shows: Flash, Legends, and Arrow, for this next year. So, I’m excited about that.”

Cassidy also opened up about finding out that her character would no longer be a regular character on the show.

“I was in New Jersey doing Fan Fest and I found out literally on the Sunday. It was weird. I got an email from my producer and they’re like, ‘We want to have a meeting.’ And I was like, ‘Can you just tell me now?’ I just had this gut feeling. You know, it’s television and in this world, especially, anything can happen. And I think that’s a positive thing, if you think about it. Because maybe, you know, bring them back. I don’t know. So, yeah, it was definitely tough, but I appreciate the last four and a half years that they wrote for me. I had such a great arc. As a character and an actor, that is such an amazing character to play and journey to go on.”

“After a violent shipwreck, billionaire playboy Oliver Queen (Stephen Amell) was missing and presumed dead for five years before being discovered alive on a remote island in the North China Sea. He returned home to Star City, bent on righting the wrongs done by his family and fighting injustice. As the Green Arrow, he protects his city with the help of former soldier John Diggle (David Ramsey), computer-science expert Felicity Smoak (Emily Bett Rickards), his vigilante-trained sister Thea Queen (Willa Holland), former police captain Quentin Lance (Paul Blackthorne), and brilliant inventor Curtis Holt (Echo Kellum). But sinister players with a connection to Oliver’s past will push the team to its breaking point, threatening everything Oliver’s worked for and his legacy as the Green Arrow.”