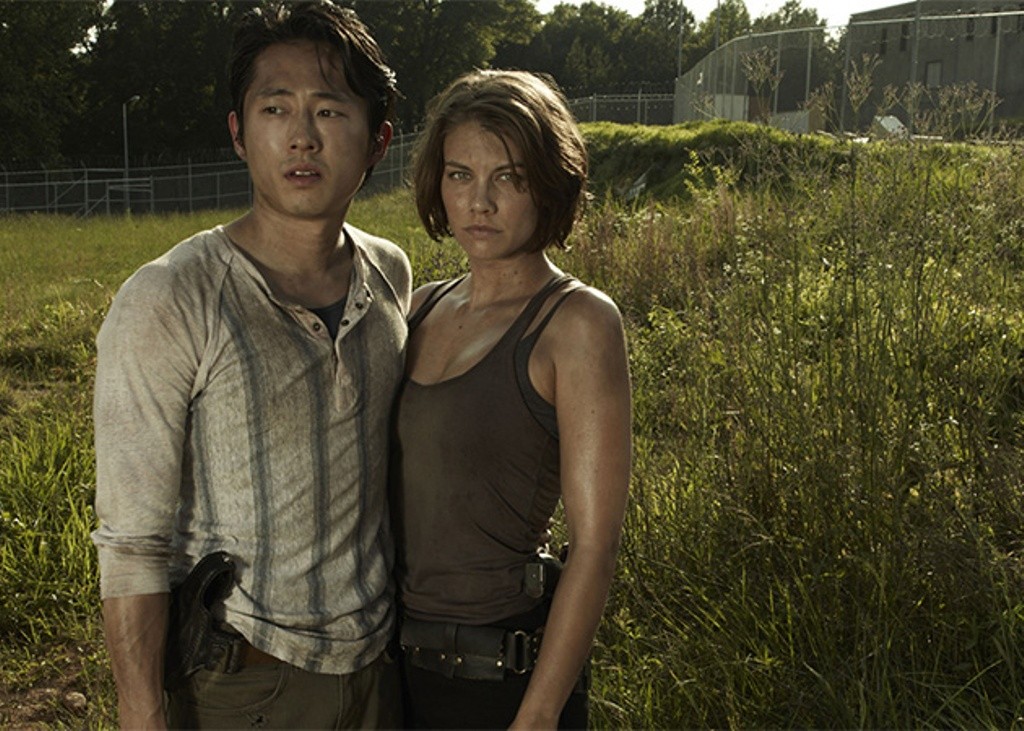 There’s been a lot of death and loss on The Walking Dead. But seven seasons in and Maggie and Glenn are still going strong.

They met in the show’s second season. Since then, they’ve survived a lot of ups and downs. But with Negan terrorizing the residents of Alexandria, there’s a big possibility that one of Negan’s victims this season will sadly be Glenn.

Facing that possibility, The Walking Dead stars Lauren Cohan and Steven Yeun discuss their characters’ relationship and what’s coming up for Maggie and Glen this season.

Steven Yeun: “Glenn and Maggie are classic. If you were to look at the circumstances, you could argue that having someone is a danger but I think that – what Glenn and Maggie have – they’re better. They’re greater when they’re together.”

Lauren Cohan says that season seven will be “so unexpected, jarring, and destabilizing. We will see how people deal with what they could and should and would have done.”

One of the first clips from the upcoming season revealed Negan’s first potential victim. “Not today. Not tomorrow. But I’m gonna kill you,” Negan threatens, his bat ready.

Are you afraid for Glenn’s life? How do you think Maggie will react if he were to die? Sound off in the comments.

The Walking Dead returns for its seventh season on Sunday, October 23 at 9/8c on AMC.