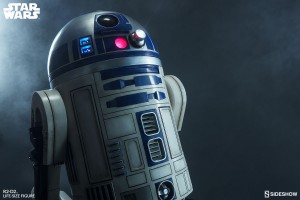 Like lightsabers and Darth Vader, R2-D2 is among the most definitive, recognizable creations within Star Wars‘ expansive history. But more than that, he’s one of the very few characters to translate into all Star Wars films, and he’s personally my favorite character within the lexicon. In fact, the charming, loyal constantly beeping asatromech droid is one of the most adorable and beloved characters in cinema, I’d argue, and now you can own him — if you can afford it. A fully-realized life-size replica is available to those fans with enough in their pockets to pay for such extravagant purchases.

Created by Sideshow Collectibles, the Limited Edition R2-D2 Life-Size Figure comes complete with screen accurate lights and sounds, along with a new sculpt that emphasizes realism. The lights and sounds, trigged through a remote control which can be accessed through a hidden compartment next to the speaker, help give this model life where few replicas and models have before. In addition to these features, the dome can be rotated right and left, and that can access the holographic projects as well. And it’s all yours, if you can chalk up $7,450.

It’s expected to ship between May 2017 through July 2017, so even if you order it, you’ll have a little while to wait. That said, this is your chance to own your own lifelike R2-D2 if you have the cash. And if you do have that much money, I suppose there are worse ways to spend it. After all, who wouldn’t want to own their own R2-D2? I know I’d like one. That would be a pretty rad Christmas gift for sure.

The release of this life-size R2-D2 is a rather bittersweet one, though. It comes just weeks after the death of Kenny Baker, the actor who brought the robot to life throughout the first six films. He served as “R2 consultant” on Star Wars: The Force Awakens and next year’s Star Wars: Episode VIII.

Check out some pictures below. 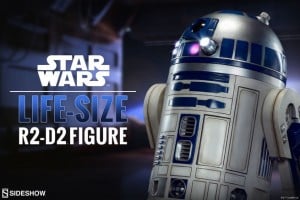 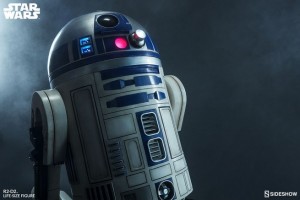 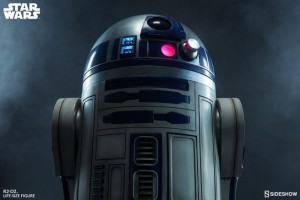 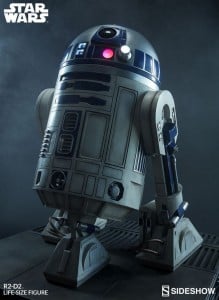 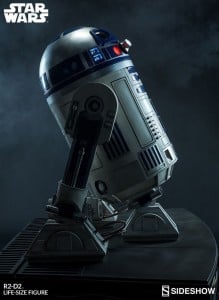 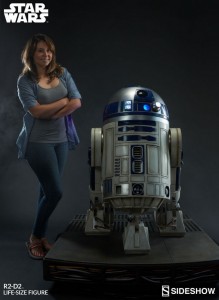