A new photo from Tom Hiddleston’s Loki shows the anti-hero in trouble with the Time Variance Authority after Avengers: Endgame.

The marketing for Tom Hiddleston’s Loki has really stepped up a notch recently as it was previously confirmed that the series will now debut on Wednesdays instead of Fridays, and now a brand new still from the series reveals a look at the anti-hero in trouble with the Time Variance Authority. As fans might already know, he catches their attention when he diverges from the time stream following the events of Avengers: Endgame.

‘Loki’: Tom Hiddleston Teases The ‘Many Selves’ Of His Iconic Character

The new image comes from Entertainment Weekly and shows Tom Hiddleston being apprehended by two members of the Time Variance Authority, one of which being Lovecraft Country star Wunmi Mosaku. For the moment it’s not clear what threat the God of Mischief will be helping the TVA sort out in return for not being deleted out of existence, but it certainly looks like things are going to get very, very weird. Take a look at the new photo from the upcoming series below. 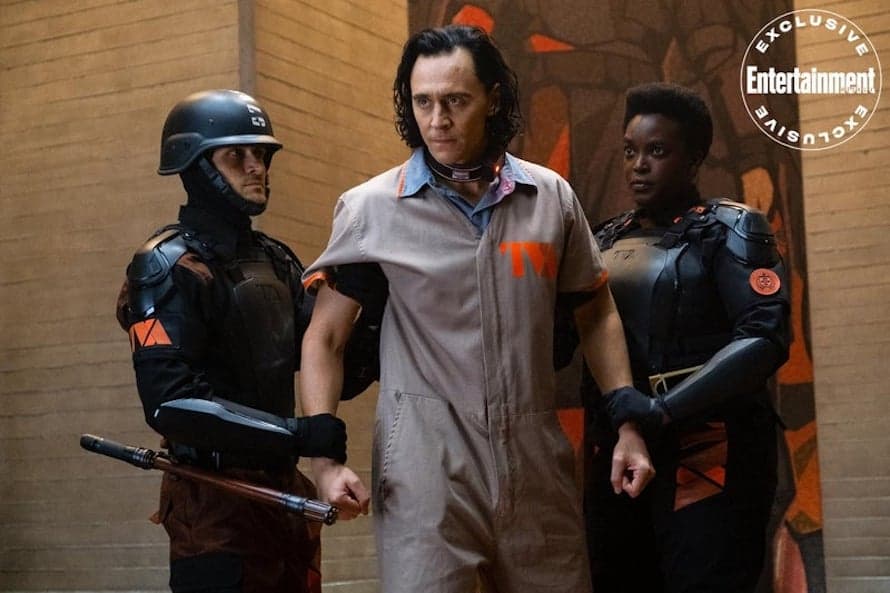 What do you make of the new Loki image? Are you excited to see the Disney Plus series? Sound-off in the comments below!

Here is the official synopsis for Tom Hiddleston’s Loki:

Loki will premiere exclusively on Disney Plus starting June 9. Stay tuned for all the latest news on the upcoming Loki series and the future of the Marvel Cinematic Universe as we learn it and be sure to subscribe to Heroic Hollywood’s YouTube channel for more exclusive video content.