Warner Bros. and DC released a new poster for Birds of Prey that offers a fresh look at Margot Robbie’s Harley Quinn.

Margot Robbie will soon reprise her role as Harley Quinn in DC’s Birds of Prey, a character she first portrayed three years ago in David Ayers Suicide Squad. However, this time she will be joined by Mary Elizabeth Winstead’s Huntress and Jurnee Smollett-Bell’s Black Canary.

Now, Warner Bros. and DC have released a colorful new poster for Birds of Prey that places Margot Robbie’s Harley Quinn front and center while her co-stars are featured prominently in the background.  The new Birds of Prey poster pays tribute to Sandro Botticelli’s “The Birth of Venus” painting, with Margot Robbie’s Harley Quinn in the place of the eponymous goddess.

Warner Bros. Confident Margot Robbie’s ‘Birds Of Prey’ Will Be A Hit

Check out the Birds of Prey poster below to get a new look at Margot Robbie’s Harley Quinn. 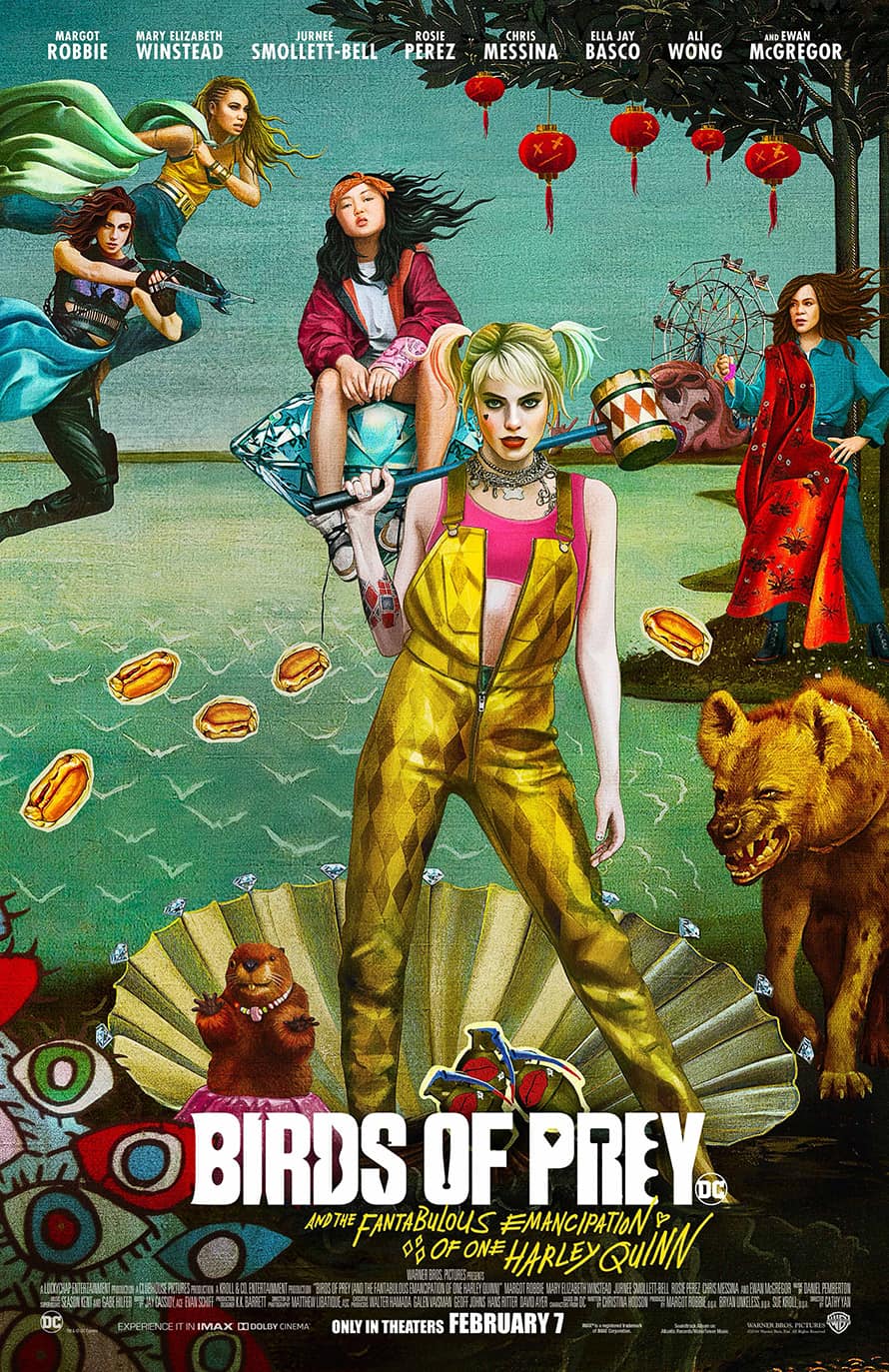 Are you excited to see Margot Robbie return as Harley Quinn? Let us know below!