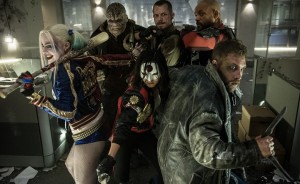 Margot Robbie had understandably mixed feelings when it came time to work with Jared Leto in Suicide Squad. On the one hand, who wouldn’t want to act opposite of The Joker, one of the most iconic characters in history, played by recent Oscar winner no less? On the other hand, she was playing Harley Quinn, who’s known to have a — shall we say — unhealthy relationship with the villainous character, and working beside one of the most intense method actors working today. There was a very realistic fear things could turn problematic at any minute, but thankfully her fears didn’t become realized.

Here’s what Robbie said about her time working with The Joker/Leto to ComicBook.com:

He’s kind of terrifying. He’s really lovely, though. He’s like very conscientious and stuff on set. He’s not completely lost in the character that he’s violent or anything. Between every take, he asks if I’m okay, blah, blah, blah. When I first heard that he was method and we couldn’t refer to him as Jared and things like that, I started to get a bit panicky because I’m in an abusive relationship with a guy that thinks he is this character. I was like, “God, am I going to get beaten up on set?” But he’s really, really respectful and professional and lovely, but it is so incredible to watch him firsthand, because it’s, yeah, a really bizarre process and kind of fascinating. It’s not a process I think that would work for me, but to see the way he does it and the way it clearly works for him is, yeah, it’s cool.

It’s comforting to know Leto wasn’t quite as method as some early reports suggested. God knows, it couldn’t be an easy work environment to work in, and having an actual Joker on set isn’t going to make things any easier.

At any rate, that wasn’t the only reason why Robbie was a little nervous during the making of this hotly anticipated new blockbuster. As the hype continues to balloon up around the August 5 release, expectations are sky high regarding Quinn’s first on-screen personification, and Robbie really wants to deliver on those expectations. She feels “very fortunate” for the opportunity, mostly “because there’s nothing to like, you know, no one’s set the bar frighteningly high the way they have with The Joker, for example,” but she does feel some pressure to please the fans.

[I’m] acutely aware of the fact that there’s a massive fan base, and you don’t want to disappoint anyone. Yeah, it’s terrifying, but like I said, it’s nice to be able to be the first one to do it.

Robbie also notes making Suicide Squad was “one of the most like organic and spontaneous processes like I’ve been through,” similar to “the sort of process I’d expect to do on a really cool, gritty indie film.” She also said “everyone’s kind of standing back and letting David [Ayer] do it the way he wants to do it, and fortunately for us, the way he wants to do it is a very raw, gritty way.” She also wants to play Harley Quinn “hopefully forever,” or at least until “my body can’t keep, isn’t capable of doing the stunts anymore.” Fans will have to wait until next month to approve or disapprove of such a notion.