After months of waiting the first full trailer has arrived online for Marvel’s Eternals revealing a better look at the new band of cosmic heroes.

It’s been a long time coming, but Marvel Studios has finally unveiled our first full look at the impressive new cast of heroes in Chloé Zhao’s Eternals. Not only did a gorgeous, sun-drenched first poster debut online but the trailer arrived too – showing off the heroes in all their majestic glory. Kevin Feige previously spoke of Chloé Zhao’s unique vision for the film, and that’s very clear in the first footage revealed by  Marvel Studios.

The Eternals trailer shows the team arriving to humanity before guiding them with tools (and weapons) to help build humanity evolve. How it’ll deal with the rest of the Marvel Cinematic Universe remains to be seen, but it definitely takes place after Avengers: Endgame, as Sprite asks who might lead the team “now that Captain Rogers and Iron Man are both gone”. Interestingly Richard Madden’s Ikaris throws his own name in for the role, before the entire table erupts in laughter… But was he being serious? Only time will tell. Take a look at the trailer below. 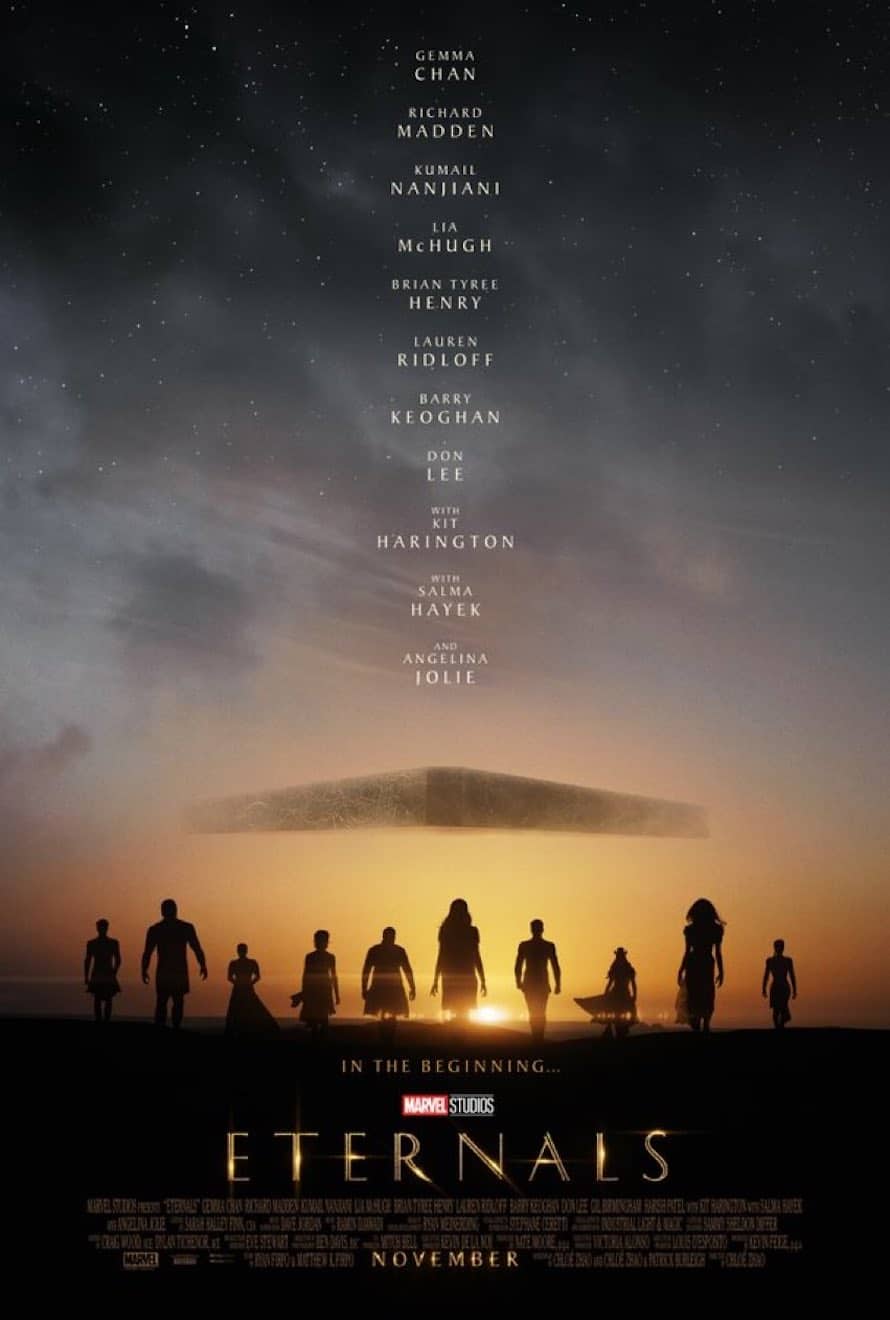 What do you think to the first Eternals trailer? Are you excited to see how the team fit into the Marvel Cinematic Universe? Sound-off in the comments below!

Jack Kirby created the title in 1976. In the comics, the Eternals are a fictional evolutionary offshoot of humanity who possess superpowers and longer lifespans than normal humans. Created by the Celestials over a million years ago, the superpowered beings were the result of genetic experiments that led to the creation of two divergent races: The Eternals and The Deviants.

Often defending Earth from their monstrous counterparts, the Eternals became embroiled in a civil war amongst themselves over whether or not they should conquer the other races. One faction was led by Kronos and the other by his warlike brother named Uranos, with Kronos’ side ultimately winning the conflict while Uranos and his followers were exiled.

Eternals is set to hit theaters on November 5, 2021. Stay tuned for the latest news regarding the future of the Marvel Cinematic Universe, and subscribe to our YouTube channel for more content!