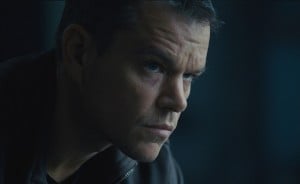 Director Zhang Yimou’s The Great Wall will star Matt Damon as a mercenary named William who joins an elite force of Chinese soliders in defending the Great Wall of China against monsters. In an interview with Collider to promote the film, Matt Damon discussed a number of topics including the prospect of assuming directing duties on The Batman from Ben Affleck and his role in the upcoming all-female Ocean’s Eleven spin-off titled Ocean’s Eight.

Noting his own experience dropping out of directing gigs, including on the Academy Award nominated Manchester by the Sea, Damon was fast to shoot down the idea of directing The Batman to work with friend and collaborator Ben Affleck.

“No, I think they’re gonna get someone great for that though, I do.”

Damon also discussed his role Ocean’s Eight, confirming his previous indication that his appearance as Ocean’s Eleven character, Linus Caldwell, will be a cameo.

“I haven’t filmed it yet, I was actually supposed to film it this weekend. It’s just quick, a little cameo”

Damon confirmed that his appearance will tie Ocean’s Eight to previous Ocean’s films and expressed his support for the all-star cast.

“I think I’m there for exposition, but look we’re all about girl power. We want to see that these ladies do and I’m really excited to see [it]. [Director and writer] Gary’s great […] and the movies got some of the my favorite actresses in it, so it should be a lot of fun.”

Though Matt Damon appears adamant that he will not direct The Batman, how would you feel if he were tapped to helm the project? Are you excited for his cameo in Ocean’s Eight? Share your thoughts below!

In Summer 2018…the tide will turn. Here’s your First Look at #Oceans8. | Warner Bros. Pictures’ and Village Roadshow Pictures’ first look at “Ocean’s 8” from one of New York City’s most iconic locales: the subway. In Summer 2018, the tide will turn as (L-r) Debbie Ocean (#SandraBullock) attempts to pull off the heist of the century at New York City’s star-studded annual Met Gala. Her first stop is to assemble the perfect crew: Lou (#CateBlanchett); Nine Ball (Rihanna @badgalriri); Amita (@MindyKaling); Constance (@Awkwafina); Rose (#HelenaBonhamCarter); Daphne Kluger (@AnneHathaway); and Tammy (@MsSarahCatharinePaulson).