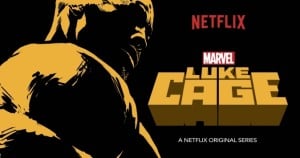 In these troubling times, Luke Cage, Marvel’s latest Netflix series, could not be more timely. Centered around the titular bulletproof African-American superhero living in the heart of Harlem, played by Mike Colter, it has the potential to speak volumes during our tumultuous times. Thankfully, the cast and the showrunner, Cheo Hodari Coker, are well aware of the responsibilities laid before them.

During the Television Critics Association’s summer press tour earlier today, Colter discussed the significance of their upcoming streaming series, what they hope to achieve with it and hopes “that the black community can feel about it as well.” Here are his complete thoughts.

[Luke Cage is] important in the landscape of television and globally as far as symbols. When you look at black culture, it’s important to have positive images. It’s an overwhelming task to carry this on your shoulders. We have no agenda, but I hope that the black community can feel good about it as well.

Later, Coker addressed the updated costume and discussed how he had to change certain aspects in order for Luke Cage to fit alongside the rest of the Marvel Netflix universe. Commenting on how the first comic in the series came out in 1972, the year he was born, he wants to view Luke Cage through the lens of the past and the present.

The yellow shirt and the tiara aren’t immediately present. Luke Cage came out in the era of Shaft and Superfly. It was Marvel Universe’s reaction to blaxspoitation. But blaxspoitation … it’s no different from anything else except we get to have swag and the chance to have compelling heroes and compelling villains. It’s the opportunity to address a lot of issues and at the same time, have fun, and that’s going to surprise some people.

Also, Coker felt it was important to note that, much like Daredevil and Jessica Jones, Luke Cage will not simply be for comic book fans. It’ll be accessible and relatable to wide audiences, particularly in our current global climate. He also took a moment to praise Netflix and their willingness to push the medium farther.

People underestimate the complexity of comic books. Translating that to this universe, what makes Marvel characters different from other characters, is that Marvel characters live in the real world. You can come in as a comic book geek, you can come in as a hip-hop geek, a lover of mysteries, sports, anything. It really rewards repeated, complex viewing. That’s what I love about doing it with Netflix. Without commercial interruption, you can really go in so many different directions.

Luke Cage serves as the third of four Marvel Netflix series hitting the site before next year’s mini-series, The Defenders, which will play as their version of The Avengers. The character was already given “a great introduction” by Jessica Jones, Coker notes, but the showrunner also stresses that his series will expand upon the character we’ve already met, while giving viewers a chance to see sides previously left unseen and, as a result, get into “a different world” inside this extended universe.

All 13 episodes will hit Netflix on September 30. In the meantime, check out the Comic-Con trailer released last week.